How Much Will The Economy Factor Into Voters 2020 Decision? 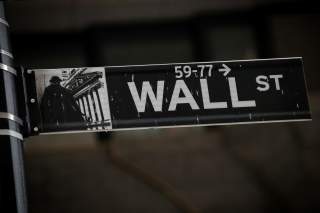 The third-quarter GDP report seems likely to show further deceleration in US economic growth, at least according to the forecast consensus. So something with a one-handle. And if growth is as weak as some of the most bearish banks predict, it could lower average growth over the past year to a smidge under 2 percent. If so, the economy would basically be operating at what many economists feel is its long-term potential.

Well, they might not much like it, but they also might not let it be the top or deciding factor in the polling booth in November 2020. “Americans’ views of the economy have become so hardened along partisan lines that the economy may matter less in next year’s presidential election than in the past,” argue Ben Casselman and Jim Tankersley of The New York Times. Democrats are pessimistic about the economy, Republicans optimistic. And those polling numbers, the reporters write, “are virtually unchanged from two years ago, before trade tensions and other factors began to drag down the manufacturing sector and weaken the broader economy.”

The obvious explanation is increased political partisanship and polarization, with Casselman and Tankersley adding that the “partisan divide in consumer confidence is a relatively new phenomenon.” Here’s more former Fed boss Ben Bernanke in a prescient blog post back in 2016:

To an increasing extent, Americans are self-selecting into non-overlapping communities (real and virtual) of differing demographics and ideologies, served by a fragmented and partisan media. … In a highly polarized environment, with echo-chamber media, political debates often become shrill, and commentators and advocates have strong incentives to argue that the country’s future is bleak unless their party gains control. In this environment, it seems plausible that people will respond more intensely and negatively to open-ended questions about the general state of the country, while questions in a survey focused narrowly on economic conditions elicit more moderate responses.

All of which raises the question about whether economic perceptions as expressed in polling means economy-based election forecasting models will be less reliable or useful than in the past. They might not be. Those models tend to look at hard data and their rate of change – such as personal income and nonfarm payrolls – rather than softer consumer sentiment surveys. What a voter tells a pollster regarding the economy might not match his thinking on Election Day. Still, it’s hard to imagine that a sharp acceleration or recession wouldn’t radically alter voter views and how they cast their ballots.