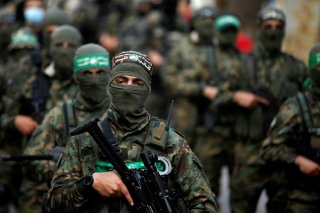 The latest violent conflict between the Hamas and Palestinian Islamic Jihad and Israel has highlighted the importance of understanding the conflicts in the Middle East from a status quo vs revolutionary actor perspective.

The French Revolution and Napoleon Bonaparte are the first manifestation of a revolutionary actor in modern history. The revolutionaries behind the French Revolution of 1789 tried to export its ideas to other parts of Europe, both through the pen and the gun. Napoleon's France expanded much further, destroying the classical balance of power that had existed for most of the eighteenth century.

The Soviet Union was a revolutionary power from its very inception, calling for a change in the prevailing international order. Its leaders truly believed that, following the Bolshevik Revolution in Russia, which brought the Communists to power, many other countries in Europe would follow suit.

Nazi Germany was a revolutionary power, seeking to destroy the prevailing international order.

The contrast between a status quo and revolutionary actor applies as well to sub-systems of the international system.

Thus, in a sub-system like the Middle East, the current Iranian regime can be said to have revolutionary foreign policy goals, leading it to seek major changes in the region, including the destruction of Israel as a sovereign state. The Islamic Republic of Iran is a revolutionary actor as it has striven since 1979 to alter considerably the prevailing order in the Middle East, leading former foes in the region to establish tacit or open alliances in order to thwart the intentions of the Iranian regime.

Fidel Castro's Cuba was likewise a revolutionary actor, hoping to advance the cause of marxism in its diverse radical forms both in Central and South America and beyond, as in Angola and Mozambique. His efforts to intervene in Angola and Mozambique in the 1970s to help Marxist guerrillas, in addition to similar efforts undertaken throughout Latin America, make Castro's Cuba a revolutionary actor in the international system.

What matters in this regard is not necessarily the ability of these states or organizations to implement all their objectives, but rather their intention and willingness to do so.

Thus, neither Hezbollah nor Hamas may be able to realize their respective dreams, but their aim remains the same: to overthrow the prevailing order in the Middle East—the first by facilitating a Shia-dominated structure led by Iran and the latter a Sunni-dominated Islamic sub-system in the spirit of the Muslim Brotherhood. Both entail the disappearance of Israel as a sovereign state and the transformation of the existing Arab regimes.

Israel and most Arab countries are, on the whole, status quo actors. They face these revolutionary actors the way previous status quo actors did in the past, either by attempting to accommodate them or by challenging their expansionist objectives.

To be sure, this pragmatic posture is not devoid of ideology. The fear of an Iranian Shia-dominated Middle East is regarded by the Sunni Arab world also as an ideological menace. The disdain among many Arab leaders for Hamas, an organization related to the Muslim Brotherhood and strongly supported by Turkey, has to do with its ideological tenets, which are regarded as a threat to regional stability.

The fear of revolutionary actors, founded upon pragmatic and ideological premises, has led to the forging of a tacit alliance between Israel and many Arab countries against the Iranian regime and its regional allies. It has also led to a common front against Hamas.

In this context, rhetoric has to be taken with caution. Arab leaders, including those of the Fatah-led Palestinian Authority in the West Bank, may voice their support for the Palestinian Arabs under Hamas rule in Gaza during a violent confrontation with Israel. However, the Hamas, as well as the Islamic Jihad, are perceived by them as dangerous organizations that ought to be weakened, if not altogether destroyed. Indeed, the Hamas-Israel conflict should be understood also in the context of the bitter rivalry between Hamas and the Fatah-led Palestinian Authority.

To be sure, none of those status quo actors in the Middle East has become Zionist. They simply see Israel as a militarily strong, economically vibrant, technologically advanced, and diplomatic influential status quo actor, sharing the same view of Iran and its allies, as well as of Hamas and Turkey.

Two hundred years after the death of Napoleon, his legacy, in various forms, remains very much alive in the international arena—especially in the Middle East.