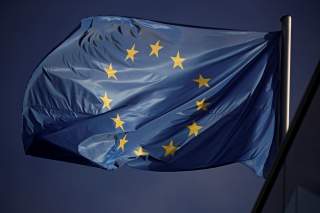 In the face of growing security challenges to Europe, from an antagonistic Russia, to instability in the Middle East, cyberwar and terrorism, there is a growing recognition that enhanced cooperation between the EU and NATO will be key to an effective response.

Calibrating such cooperation to respond to perceived common threats, however, has never been straightforward. The political context, as well as rivalry between the EU and NATO, have often hampered the capacity of the institutions to work together.

The meeting of NATO leaders in London on December 3-4 offers an occasion to further move that relationship forward. But having tracked EU-NATO relations for over a decade, I wouldn’t count on any major strategic or political breakthroughs.

Ever since NATO was created in 1949, with the dual aim of keeping the peace among the Allies and providing a security alliance against the Soviet Union, there has been a tension between whether or not NATO should drive the security agenda in Europe.

Since 1949, a number of European-wide organisations have tried to coordinate European defence policy – from the failed attempt at a French proposal for an integrated European Defence Community in 1954, to its alternative, the Western European Union (WEU), a military alliance of the UK, France, Belgium, Luxembourg, and the Netherlands.

The precursor to the EU, the European Community, didn’t really put security matters on its agenda. So it was in the mid-1990s following the Maastrict Treaty that the newly-formed EU began to develop its own common foreign and security policy and the relationship with NATO began to shift.

NATO had already developed a good working relationship with the WEU, but this really became germane in 1996 with attempts to use the WEU as an institutional bridge between the EU and NATO.

As long as the EU remained an organisation without a defence component to support its common security policy, and NATO an organisation focused strictly on collective defence of its members, the EU had little need to develop military ties with NATO. However, as some EU member sates started to consider an autonomous EU defence and security instrument towards the end of the 1990s, this relationship became unavoidable.

After a 1998 joint summit between the UK and France at Saint Malo, the formal process began towards creating the EU’s Security and Defence Policy (ESDP – now termed CSDP). Attention started to focus on an alternative arrangement to the WEU as the bridge between the two institutions.

Once the EU formally adopted the WEU’s “Petersberg Tasks”, which set out the conditions under which militaries could be deployed, the relationship between the EU and NATO changed from one of informal meetings to something more institutionalised. Formal committees and structures began to be mapped out by 1999.

However, cultural and institutional differences between the EU and NATO still had to be reduced before any official arrangements could be finalised. NATO retained a very strict security regime dating back to its Cold War years, while in contrast, the EU was designed as an open and transparent organisation. In order to adapt to a stricter security policy, the EU modelled its security framework on NATO. This was also helped by the fact that most EU states have also been NATO member states – currently 22 are members of both.

By 2000, both the US and France had overcome enough of their initial reservations about the relationship to pursue joint EU-NATO committees, set up to tackle various common security challenges. Formal political exchanges started up between NATO and the EU, such as those between the EU’s Political Security Committee (PSC) and NATO’s North Atlantic Council (NAC).

The Berlin Plus agreement was then negotiated between 1999 to 2002. This became the framework agreement between the two organisations to allow the EU to access NATO assets and capabilities that it did not possess (and in some cases, still do not) for its own operations such as the EU-led military Operation ALTHEA in Bosnia and Herzegovina. The Berlin Plus arrangements also created an EU-NATO security agreement to allow non-NATO members access to classified NATO documents.

The American NATO expert David Yost set out the problems at the heart of the EU-NATO relationship in a 2007 book. As he put it: “Difficulties include institutional and national rivalries, the participation problem, and disagreements about the proper scope and purpose of NATO-EU cooperation.”

The “participation problem” is a central impediment to formal EU-NATO relations that stems from the ongoing dispute between Turkey (a NATO-only member) and Cyprus (an EU-only member). This led to Turkey directly blocking formal EU-NATO cooperation in 2004 beyond that of Operation ALTHEA. Formal meetings between the PSC and NAC were suspended as Turkey objected, and still does, to Cyprus sitting in on such meetings without a NATO security agreement – which Turkey refuses to allow.

Informal meetings do take place but these have been described to me by both PSC and NAC ambassadors during my research as “dull”, “highly scripted” and “uninspiring”. As a result, there has been a move towards enhancing cooperation at the inter-organisational level to compensate for deficiencies at the formal political level.

As I have argued elsewhere, the reality today is that the EU and NATO cooperate far more outside of the formal Berlin Plus relationship than they do inside it. There has been a renewed impetus to enhance relations since the signing of a EU-NATO Joint Declaration in 2016 but there are still major obstacles to an effective strategic partnership between the two institutions.