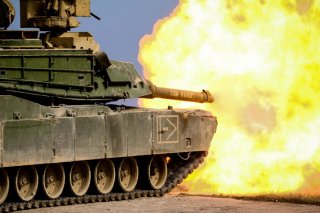 Seven years after illegally annexing Crimea and launching a semi-covert proxy war in eastern Ukraine, Russia continues to hold Ukraine’s security hostage. Although Ukraine’s armed forces have held the line in occupied Donbas despite incessant Russian shelling and sniper attacks, deterrence has become increasingly tenuous during 2021. Since the spring, President Vladimir Putin has maintained 100,000 or more troops along Ukraine's borders and in occupied Crimea, while the Russian navy has been aggressively challenging freedom of navigation in the Black and Azov Seas. Russia now also deploys significant ground forces in Belarus along Ukraine’s previously quiet northern border, as the discredited dictator Aleksandr Lukashenko has had to accede to Moscow’s demands in order to survive.

The best solution for Ukraine, fast-tracking its membership in NATO and giving it the added protection of an Article 5 guarantee—is not in the cards for the foreseeable future. Putin has declared NATO membership a red line, and most NATO allies are not prepared to challenge that anytime soon, not even to take the preliminary, procedural step of granting Ukraine a Membership Action Plan (MAP). The latest example of this was the rebuff given to Ukrainian President Zelenskyy by President Biden at their White House meeting in September.

Needless to say, no one should want to provoke a direct military conflict with Russia. But the Alliance risks eroding its own credibility by maintaining its current ambivalent stance: Indeed, by repeating NATO’s 2008 declaration in Bucharest at every NATO summit—that Ukraine (and Georgia) “will become members” one day—but keeping the door shut in practice, NATO risks not only demoralizing the Ukrainians but signaling weakness to Moscow and acceptance of Putin’s red line on NATO membership.

This has already encouraged Russian leaders to declare a second red line in recent weeks on NATO military presence in Ukraine, a transparent effort to cut off external support to Kyiv. An excess of caution by NATO could embolden Putin to go even further and launch a new military offensive, whether another land grab in the East, further naval provocations, or seizure of the north Crimean water canal on the pretext of alleviating water shortages on the occupied peninsula. The aim could be to force regime change in Kyiv or at least to pressure Zelenskyy to abandon Ukraine’s Euro-Atlantic ambitions.

Some argue that this is unlikely; that Putin just trying to intimidate Kyiv and its Western backers, that he is comfortable with the status quo and unwilling to run the risk of (politically unpopular) casualties that would come with any new military adventure in Ukraine. This may be true but, considering his pseudo-historical essay questioning the legitimacy of Ukrainian statehood, we should not tempt fate.  The stakes are high and go beyond Ukraine. For if Putin were to succeed in re-subjugating Ukraine, it would be a major blow to our vision of the liberal international order based on the sovereignty of all states and a recipe for long-term instability in the heart of Europe.

Given the stakes, as part of NATO’s new Strategic Concept to be adopted next year, the Alliance needs to adopt a more strategic approach to ensuring the security of Ukraine. This could take the form of a Ukrainian Deterrence Initiative (UDI) that would be an extension of the Alliance’s Enhanced Opportunity Partner (EOP) program. Under this approach, Allies would make it a strategic objective to do everything possible, short of extending an Article 5 guarantee, to help Ukraine defend itself and resist Russian destabilization. By maximizing Ukraine’s capacity to impose significant costs on Russia for future aggression, NATO would not only bolster Ukraine’s deterrence but increase its leverage for achieving a political settlement in the now-moribund Minsk negotiations.

The initiative would encompass not only military equipment and training, but measures to increase Ukraine’s resilience against cyber-attacks, disinformation, economic warfare, and political subversion, recognizing that Ukraine has been Russia’s number one target and laboratory for the dark arts of hybrid warfare. Similar support could be offered to Georgia and, if requested, to Sweden and Finland, all of which are already have EOP status and face constant Russian military and political pressure. It could build on the example of the bilateral US-Georgian Defense and Deterrence Enhancement Initiative signed by Secretary Austin last month

Rather than adhering to the standard formula that NATO partnerships are demand-driven and funded largely by voluntary national contributions, under the UDI NATO would be pro-active in assisting Ukraine (and other EOP partners) by making it a formal NATO responsibility, backed by common funding, to help train Ukrainian armed forces and to facilitate their acquisition of modern defensive weapons that would raise the cost to Russia for any new aggression – such as anti-armor capabilities, counter-artillery systems, air, and missile defense, anti-ship missiles, and combat drones. This would be of far greater benefit to Ukraine than a MAP, which is largely symbolic given the many other tools Ukraine already has to deepen its partnership with NATO, including the NATO-Ukraine Commission.

Right now, training and equipping Ukrainian forces is largely a US effort, with just a few other allies contributing on a voluntary, bilateral basis. While Allies’ contributions to date have been valuable (e.g., the recent UK decision to sell modern anti-ship missiles to Ukraine), a much larger-scale effort is needed to bolster deterrence which, as noted, has become shakier in the course of 2021.

Making support for Ukrainian self-defense capacity an Alliance-wide responsibility, enshrined in the new Strategic Concept, would generate increased resources and wider allied participation.  Under the UDI, NATO defense planners would coordinate with Kyiv on Ukrainian defense requirements to ensure maximum interoperability and deterrent effect. To facilitate procurement, Allies could offer financial support and promote joint technological projects with the Ukrainian defense industry. A large-scale, NATO-wide program would show Moscow that the Alliance is serious and united in safeguarding Ukraine’s sovereignty and independence, thereby bolstering deterrence, even while membership remains on the back burner. The impact would be enhanced if Georgia and other EOP partners took part as well.

The strategy could be further reinforced by steps to increase NATO’s military presence in Ukraine and establish an enhanced rhythm of rotational deployments by Allies’ forces to Ukraine and the region.  This could include establishing a joint army training and evaluation center like the one established in Georgia in 2014, a joint naval training and servicing facility in the Black Sea, and more frequent exercises with Ukrainian and other Black Sea partners to defend freedom of navigation. As part of this effort, Allies could help Ukraine finance the construction of NATO-compatible military infrastructure such as airfields, railheads, and port facilities.

As always, NATO’s activities would be fully transparent and open to military observation in accordance with OSCE agreements. But NATO and Ukraine would make clear that such activities are part of a longstanding program of NATO-Ukraine cooperation going back to the 1990s and are not subject to any Russian veto or red line.

The Ukrainian Deterrence Initiative would not constitute an Article 5 guarantee or NATO membership through the back door. That would need to be understood clearly by the Ukrainians (and the Russians). But if membership is not going to happen anytime soon, then the least NATO can do is, to be honest with Kyiv and go all-out to ensure that Ukraine can defend itself and maintain the standoff in Donbas long enough to produce a political settlement. The ultimate goal is not to seek a military solution, but to convince Putin or his successor to cut his losses and make a deal. To emphasize allies’ peaceful intent, the UDI could be accompanied by a new push for a diplomatic settlement that would restore Kyiv’s sovereignty and open the way to a lifting of Donbas-related sanctions.

Ukraine would need to continue to implement defense reforms and assimilate NATO standards in order to take full advantage of the additional support that would come with the UDI. But NATO should not make the initiative too heavily conditioned on reforms. The priority must be deterring Russian aggression. Other leverage is available to keep Kyiv’s feet to the fire on judicial reforms and anti-corruption efforts. As noted earlier, the stakes in the defense and security realm go beyond Ukraine; they relate to the future of a rules-based international order based on the sovereignty of all independent states, inviolability of borders, and peaceful settlement of disputes.

Alexander Vershbow is a Distinguished Fellow at the Atlantic Council’s Scowcroft Center for Strategy and Security.  He is a former NATO Deputy Secretary-General, Assistant Secretary of Defense, and Ambassador to NATO, Russia, and South Korea.