How the Navy Hopes Robot Warships Will Deter China 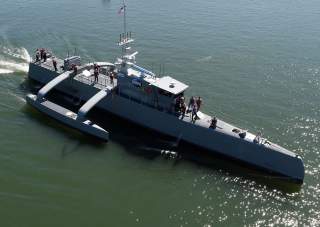 Key point: America is once again using its high-tech advantages to try and ensure it could win any war.

David Axe serves as Defense Editor of the National Interest. He is the author of the graphic novels  War Fix,War Is Boring and Machete Squad. This first appeared in June 2019.