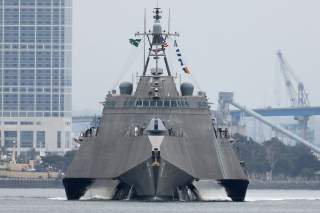 Key point: America's LCSs are really bad, but being able to hit another ship with a high-tech missile is a step in the right direction.