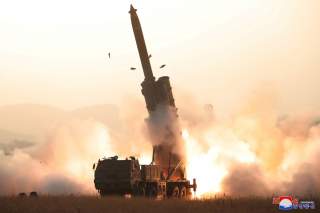 Key Point: Any scenario in which Pyongyang attempts such a test—humorously labelled ‘Juche Bird’ by some—is fraught with danger.

This first appeared in ASPI's The Strategist here back in 2017.