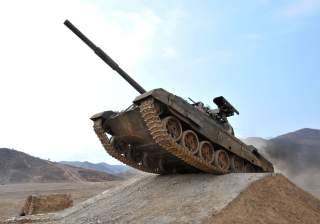 North Korea has unveiled what looks like a long-range anti-tank missile.

Michael Peck is a contributing writer for the National Interest. He can be found on Twitter and Facebook. This first appeared in