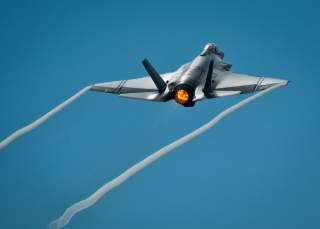 The F-35B bird strike is USMC second Class A mishap in less than one week.

The F-35B was forced to abort the take-off, according to Major Eric Flanagan, a spokesman for 1st Marine Aircraft Wing.

The aircraft “safely taxied off the runway,” but initial assessments indicated the high-tech stealth fighter suffered more than $2 million in damages, making it a Class A mishap, Flanagan told Marine Corps Times in an emailed statement.

The incident is currently under investigation and a complete damage assessment is underway.

The F-35B bird strike is USMC second Class A mishap in less than one week.

On May 3 a Marine F/A-18 out of Mountain Home Air Force Base, Idaho, made an emergency landing due to an engine bay fire.

No one was injured in the F/A-18 incident.

The Navy classifies a Class A mishap as an accident resulting in $2 million or more in damages or an incident that results in death or total disability.