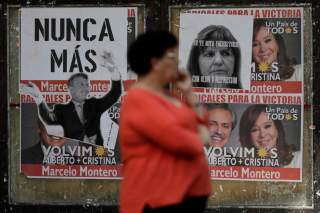 When Bernie Sanders talks about socialism, he wants voters to think Scandinavia, not Soviet Russia or Cuba. For example: When asked back in 2016 to explain what he meant by “democratic socialism,” he responded, “I think we should look to countries like Denmark, like Sweden and Norway and learn what they have accomplished for their working people.”

But that’s not quite right. As I recently blogged, “Let’s stop pretending that Bernie Sanders wants to duplicate Scandinavia.” From that piece:

Sanders brags that his universal health-care plan eliminates patient cost-sharing. But Scandinavia has it. Sanders wants to raise a lot of revenue though heavy taxes on business and investment. Scandinavia doesn’t. Sanders has a big problem with billionaires. Scandinavia doesn’t. Indeed, as I have written, “The egalitarian Nordic nations have as many billionaires, relatively, as the US and more concentrated wealth, at least as measured by the share of wealth controlled by the top 10 percent.”

Overall, then, the Nordic nations are “firmly rooted in capitalism and free markets,” wrote Michael Cembalest of JP Morgan Asset Management in a note last summer, one I have previously mentioned. That, even if what they practice isn’t American-style capitalism.

Anway, a big problem for democratic socialists is that they don’t really have a great model to point to. In a way, those who defend their ideology by saying “It’s never really been tried” are correct. And again, one of my favorite all-time favorite quotes: “A real-life proof of concept for a successful democratic socialist society, like the Lost City of Atlantis, has yet to be found.” Ouch.

The closest Cembalest could find to a true democratic socialist state, at least by his definition, is Argentina, “which has defaulted 7 times since its independence in 1816, which has seen the largest relative standard of living decline in the world since 1900, and which is on the brink of political and economic chaos again in 2019.” Double ouch.

Argentina met most of the following criteria: a) higher personal and corporate tax rates, and higher government spending; b) more worker protections restricting the ability of companies to hire and fire, and less flexibility for companies to set wages based on worker productivity and/or to hire foreign labor; c) more reliance on regulation, more constraints on real estate development; d) more anti-trust enforcement and more state intervention in product markets; and a shift away from a shareholder-centric business model; e) protections for workers and domestic industries through tariff and non-tariff barriers, and more constraints on capital inflows and outflows.

And the result of Argentina’s long economic experiment? Well, the above chart of many economies shows the ratio of real per capita GDP in 2018 vs the same measure in 1913. Cembalest: “Argentina’s ratio barely rose, and is the lowest ratio of all countries for which data is available for both years.” Not an impressive performance.

This article by James Pethokoukis first appeared at AEI on January 27, 2020.