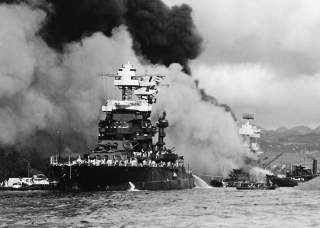 Maryland entered service in 1920, shortly before the Washington Naval Treaty sharply limited battleship construction. One of her incomplete sisters, USS Washington, was sunk as a target under the provisions of the Treaty. Consequently, the Treaty left Maryland and her remaining sisters as the most modern units in the fleet.