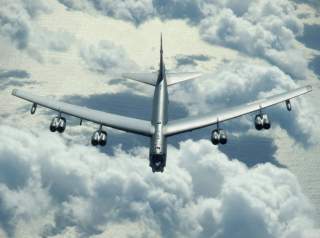 The Air Force is also making progress with a technology-inspired effort to increase the weapons payload for the workhorse B-52 bomber.