How One U.S. Ally Is Preparing To Battle Russia's "Little Green Men" 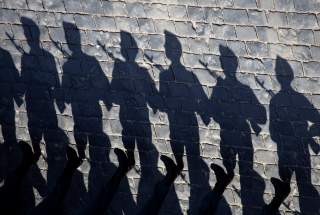 Key Point: The Special Reconnisance Regiment (SRR) is getting an upgrade.

All these colors belong to Russia’s “hybrid warfare” strategy, which eschews massive military force in favor of more subtle means such as political manipulation, cyberwarfare and special forces operating incognito (the “little green men” in unmarked uniforms that spearheaded the seizure of Crimea from Ukraine in 2014).