How to Prevent Coronavirus Conspiracy Theories From Spreading 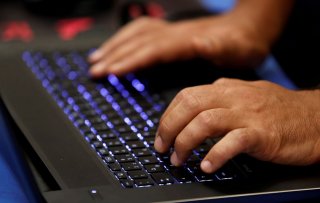 The number of coronavirus infections and deaths continues to rise at an alarming rate, reminding us that this crisis is far from over. In response, the global scientific community has thrown itself at the problem and research is unfolding at an unprecedented rate.

The new virus was identified, along with its natural origins, and tests for it were rapidly developed. Labs across the world are racing to develop a vaccine, which is estimated to be still around 12 to 18 months away.

At the same time, the pandemic has been accompanied by an infodemic of nonsense, disinformation, half-truths and conspiracy theories that have spread virally through social networks. This damages society in a variety of ways. For example, the myth that COVID-19 is less dangerous than the seasonal flu was deployed by US president Donald Trump as justification for delaying mitigation policies.

The recent downgrading of COVID-19 death projections, which reveal the success of social-distancing policies, has been falsely used to justify premature relaxing of social distancing measures. This is the logical equivalent of throwing away your umbrella in a rainstorm because it’s kept you dry until then.

The new conspiracy theory that blames COVID-19 on the 5G broadband system is one of the most bizarre pieces of misinformation. There are several strains of this theory, ranging from the claims that 5G alters people’s immune systems to the idea that 5G changes people’s DNA, making them more susceptible to infection. Then there’s the idea that secret messages about 5G and coronavirus were hidden in the design of the new £20 note in the UK. In reality, 5G relates to viruses and bank notes as much as the tooth fairy relates to zoology – not at all.

The 5G conspiracy theory originated in early March when an American physician, Thomas Cowan, proposed it in a YouTube video (which has since been taken down by YouTube according to their new policy). Some people have taken this conspiracy theory so seriously that it led to people setting 5G towers in the UK on fire and threatening broadband engineers.

The conspiracy theory has begun to penetrate mainstream society. Among other celebrities, UK TV personality Eamonn Holmes and US actor Woody Harrelson have given fuel to the idea.

As we document in our recent Conspiracy Theory Handbook, there is a great deal of scientific research into why people might be susceptible to conspiracy theories. When people suffer loss of control or feel threatened, it makes them more vulnerable to believing conspiracies. Unfortunately, this means that pandemics have always been breeding grounds for conspiracy theories, from antisemitic hysteria during the Black Death to today’s 5G craze.

An effective strategy for preventing conspiracy theories from spreading through social networks is, appropriately enough, inoculation. As we document in the Conspiracy Theory Handbook, if we inoculate the public by pre-emptively warning them of misleading misinformation, they develop resilience and are less likely to be negatively influenced. Inoculating messages can take several forms. As well as giving people the right facts, inoculation can also be logic-based and source-based.

The source-based approach focuses on analysing the people who push the conspiracy theory and the cultural infrastructure from which they emerged.

For example, the 5G theory began with Thomas Cowan, a physician whose medical licence is on a five-year probation. He is currently prohibited from providing cancer treatment to patients and supervising physician assistants and advanced practice nurses. So we can question his credentials.

His 5G video was from a talk he presented at a pseudo-scientific conference featuring a who’s who of science deniers. One of the headliners was Andrew Wakefield, a debarred former physician and seminal figure in the anti-vaccination movement who promotes highly damaging misinformation about vaccination based on data that he is known to have falsified.

Another attendee of this meeting was the president of Doctors for Disaster Preparedness, an organisation famous for bestowing awards onto fossil-fuel funded climate deniers and for giving a platform to a speaker who denied the link between HIV and AIDS, claiming that the link was invented by government scientists who wanted to cover up other health risks of “the lifestyle of homosexual men.”

For the public to be protected against the 5G conspiracy theory, it is important to understand its emergence from the same infrastructure that also supports AIDS denial, anti-vaccination conspiracies and climate denial.

It is therefore unsurprising that the rhetorical techniques that are deployed against the seriousness of climate change are similar to those used to mismanage the COVID-19 crisis.

Another way to neutralise conspiracy theories is through logic-based inoculation. This involves explaining the rhetorical techniques and tell-tale traits to be found in misinformation, so that people can flag it before it has a chance to mislead them. In the Conspiracy Theory Handbook, we document seven traits of conspiratorial thinking. Spotting these can help people identify a baseless theory.

One trait that is particularly salient in the 5G conspiracy theory is re-interpreting randomness. With this thought pattern, random events are re-interpreted as being causally connected and woven into a broader, interconnected pattern.

For example, the introduction of 5G in 2019 coincided with the origin of COVID-19 and hence is interpreted to be causally related. But by that logic, other factors that were introduced in 2019 – say, the global phenomenon of Baby Yoda – could also be interpreted as a possible cause of COVID-19. Correlation does not equal causation. The 5G conspiracy theory is also immune to evidence, despite having been debunked extensively. To illustrate, some of the countries worst affected by the pandemic (such as Iran) do not have any 5G technology.

Of course, 5G has nothing to do with a virus. In the US, T-Mobile’s low-band 5G data is transmitted using old UHF TV channels. UHF TV did not cause coronavirus and neither does 5G.

Social media platforms contribute to the problem of misinformation by providing the means for it to quickly and freely disseminate to the general public. Given that 330,000 lives were lost in relation to AIDS in South Africa during the presidency of Thabo Mbeki, when denying the disease’s link to HIV was official state policy. Given that people in the UK are now vandalizing potentially life-saving communication infrastructure, social media companies should not aid and abet the life-threatening disinformation that is spewed by a nexus of science deniers and conspiracy theorists.

To their credit, these firms are making an effort to be part of the solution to the problem of misinformation. For example, YouTube has announced that it will take down any video that espouses the 5G conspiracy theory. This is a move in the right direction.

There is considerable room for improvement, however. A recent test by the non-profit Disinfo.eu laboratory found much conspiratorial content on various social media platforms, and we were able to find hundreds of YouTube videos promulgating the 5G nonsense with a few keystrokes.

Much remains to be done.