How to Protect Health Care from Government Intrusion 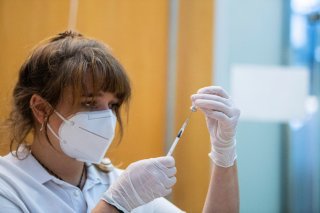 People often complain that American health care is broken because we have a “free-market” system. But, in fact, much of what’s broken about U.S. healthcare is due to government intervention. The involvement of third-party payers, which are either funded or heavily regulated by the government, leads to mountains of paperwork for doctors, depriving them of critical time to attend to their patients.

That’s one reason why Direct Primary Care (DPC), a new healthcare model that eliminates insurance and regulatory paperwork, is spreading across the country. However, DPC is ripe for government takeover, which would defeat much of its purpose and fail to free up providers’ time for patient care.

Think of DPC as the Netflix of primary care: Patients get extensive access to their doctors for a monthly fee of usually well below $100. They also enjoy discounted labs and wholesale-priced drugs. Patients love DPC because it’s convenient, affordable, and hassle-free. Physicians love it, too, because they get to care for patients on their own terms and focus on the person in front of them instead of health insurance paperwork.

All these benefits stem from a single characteristic of DPC—there are no third-party payers involved. For every transaction, the money comes out of the patient’s wallet and goes directly to the provider. The simplicity of this exchange makes the patient the only person a doctor’s office must please—something almost unheard of in today’s healthcare system. It’s a game-changer for both parties.

So, what could go wrong? The government could hijack this model. In fact, it’s already trying to.

In 2018, the Centers for Medicare and Medicaid Services (CMS) issued a request for information to try to implement a DPC model within Medicare, Medicaid, and the Children’s Health Insurance Program (CHIP). While they were right to recognize DPC’s potential, the reality is that DPC is antithetical to public insurance. The very introduction of a third-party payer makes the model fall apart.

Public reimbursement for care may sound tempting to DPC doctors who are just getting started. But they would do well to remember that government funding comes with strings attached. For example, stores that accept Supplemental Nutrition Assistance Program (SNAP) benefits, or food stamps, are subject to regulations by the Food and Nutrition Service—including a laborious application process, extensive program integrity rules, and other regulatory compliance requirements. By accepting Medicaid and Medicare beneficiaries, DPC doctors risk running into the same old paperwork burdens all over again.

The only way for, say, Medicaid beneficiaries to enjoy a DPC membership would be if they could receive direct cash payments from Medicaid that they could allocate to whatever healthcare goods and services they want. But, even in this case, as with Health Savings Accounts (HSA), the government would have to regulate what expenses are eligible for Medicaid cash. The odds of the CMS bureaucracy dictating what DPC doctors can and cannot do then become high.

Preventing a government takeover of a well-functioning pocket of the healthcare system requires a few ingredients. Lawmakers need to pay attention to what the market is doing well, be aware of the risk of takeover, and be relentless about opposing the gradual intrusion of an often-counterproductive government.

In the case of DPC, the rule of thumb should be simple: Legislation should never interfere in the relationship between the provider (doctor) and the payer (patient). In particular, the dollars used to pay for DPC care should always come directly out of the patient’s wallet. Keeping this principle front and center will effectively prevent government encroachments.

The principle can also be applied to areas of health care that are already under partial government control. Reforms that remove the middleman should be prioritized over those that would only band-aid the problems government overreach has already created. For instance, instead of adding new treatments to Medicare’s bureaucracy, lawmakers should encourage the Food and Drug Administration (FDA) to make more of them available over the counter. Or, instead of forcing insurance companies to cover telehealth services, lawmakers should allow patients to use their HSAs to pay for telehealth visits.

In the various iterations of the Build Back Better plan, progressive senators have proposed a slew of expansive—and expensive—healthcare items. If the latest version of the bill became law today, it would give Washington control of Americans’ health care to an extent that the authors of the Affordable Care Act could have only dreamed of. That includes giving Medicaid coverage to people in states that haven’t expanded their program—something the Supreme Court had said was up to the states—and spending $150 billion in taxpayer dollars on home care.

As usual, this government intervention is being justified on the grounds that the market isn’t delivering results fast or conveniently enough. Until recently, the plan proposed to include dental, vision, and hearing benefits in Medicare, even though privately run Medicare Advantage (MA) plans already offer all these benefits. Instead of incentivizing seniors to enroll in MA, legislators are using the heavy hand of government to make the original Medicare more bloated than it already is.

Make no mistake: The antidote to a government takeover of health care is a booming private market—one that delivers superior value to patients and empowers providers to focus more on top-quality care. But stakeholders need to be vigilant, lest regulators sneak up and undermine their success.

Kofi Ampaabeng is a senior research fellow and data scientist with the Mercatus Center at George Mason University.