How Robot Warships Will Help the Navy Fight Future Wars 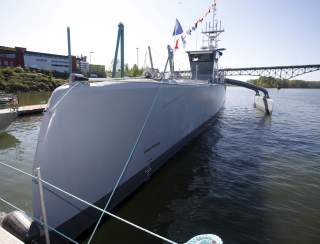 Key point: The United States is always trying to keep at the forefront of technology. That means having more and more capable robot warships.

David Axe serves as Defense Editor of the National Interest. He is the author of the graphic novels  War Fix,War Is Boring and Machete Squad. This first appeared in June 2019 and is being reposted due to reader interest.