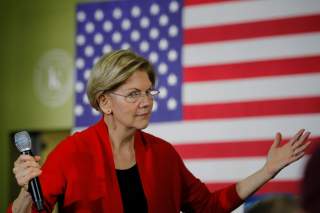 It was National School Choice Week last week, a week dedicated to highlighting the power of choice in education, including public and private school choice. All week, we at Cato’s Center for Educational Freedom will be highlighting how choice contributes to social harmony.

Today’s focus is tolerance, spurred in part by a growing critique that private school choice programs enable people to select schools that sow intolerance. Just last week, the Orlando Sentinel ran a series of articles attacking Florida’s private school choice programs because parents can select schools that have policies that some people—including the Sentinel—deem “anti‐​LGBT.” The schools and the parents that use them, of course, view their policies differently: as upholding important religious teachings.

Let’s start with some basic private school facts. As I discussed a few months ago, a recent federal study found that private schools are generally safer and have more harmonious climates than public schools. They are less likely to experience gang activity, hate‐​related graffiti, bullying, or hate speech. Parents, as you can see below, are also much more satisfied with them. 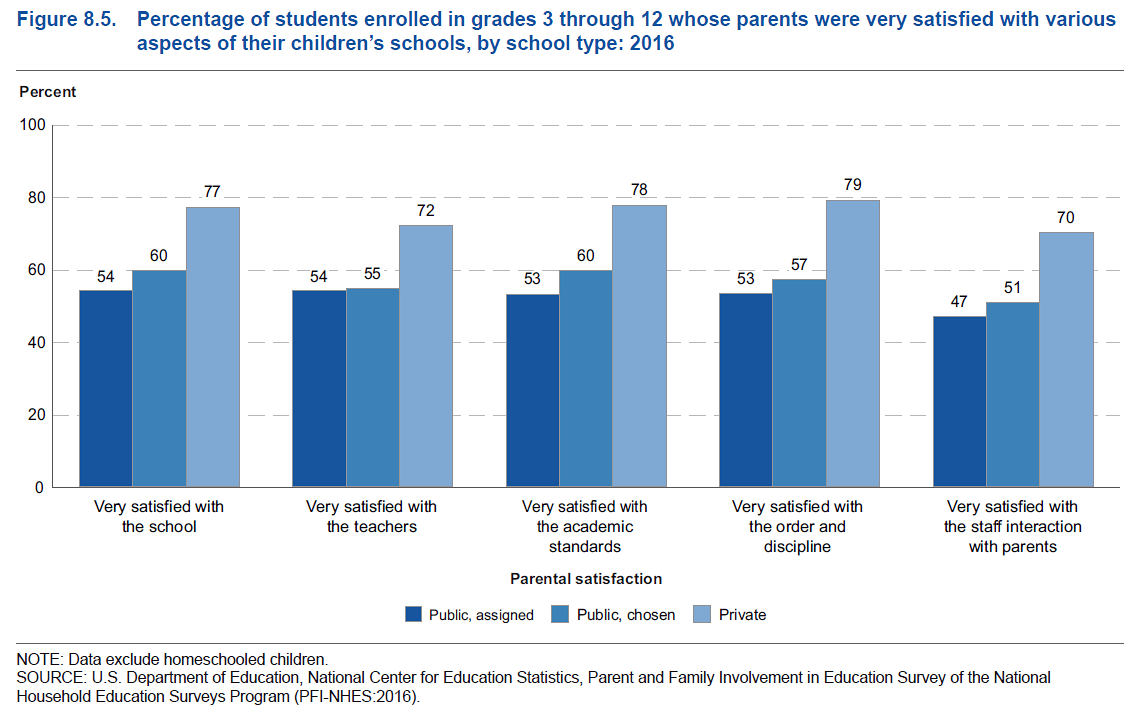 But surely private schools produce less tolerant students and graduates? After all, they pull kids from inclusive public schools and put them in exclusive settings. The children do not learn to peacefully coexist with those who look or think differently from themselves.

Not really. Research, often after controlling for student characteristics such as family wealth, has typically found that compared to public schoolers, private school students and graduates are as tolerant or more tolerant of others.

One possible reason for this is precisely that choice enables people with different values to choose schools that share them, rather than making diverse communities into combatants forced to fight out whose values will win, and whose will lose. Indeed, right after the Orlando Sentinel ran its articles, pieces appeared in other outlets about parents fighting public school readings they believe force inappropriate, including pro‐​LGBTQ, views on their children. We see such throwdowns perpetually in the Sunshine State and nationwide.

Meanwhile, in Georgia and elsewhere, private schools are popping up specifically for LGBTQ kids. Why? Because public schools are often very intolerant places for them, if not by official policy, by school culture. School choice enables LGBTQ or other children who don’t fit in at their assigned public institutions to find schools that are warm and affirming.

Unfortunately, to garner sufficient political support to extend equal school choice—not paying once for public schools and a second time for private—to everyone, people broadly need a basic tolerance for beliefs and opinions different from their own. But human beings seem to have a powerful predilection for demanding equality for themselves, but not those with different values. We are seeing this more and more when it comes to religious schools that disapprove of LGBTQ behavior, but have also seen it from some school choice supporters when programs might include Islamic schools.

True tolerance is allowing others to be treated equally under the law even when you disagree with what they believe. This in no way means you have to approve of their views—freedom also means you can speak out against beliefs you find abhorrent, and shun the people who hold them—but you cannot use the legalized force of government to treat them differently.

Such political tolerance is for the good of all society. Until human beings are omniscient and infallible, it is extremely dangerous to enable one group to forcibly impose on all their conception of a good and proper life. It is an existential threat to everyone’s freedom.

This article by Christopher A. Preble originally appeared in the CATO at Liberty blog in 2019.