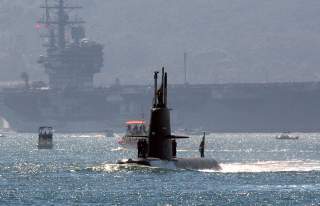 (This first appeared in 2016 and is being reposted due to reader interest.)

The advent of cheap, stealthy and long-enduring diesel submarines is yet another factor placing carriers and other expensive surface warships at greater risk when operating close to defended coastlines. Diesel submarines benefitting from AIP will serve as a deadly and cost-effective means of defending littoral waters, though whether they will can carve out a role for themselves in blue water naval forces operating far from home is less clear.Sébastien Roblin holds a Master’s Degree in Conflict Resolution from Georgetown University and served as a university instructor for the Peace Corps in China. He has also worked in education, editing, and refugee resettlement in France and the United States. He currently writes on security and military history for War Is Boring.