How Stealth Is an F-22? One Flew Right Under an Iranian F-4 Fighter 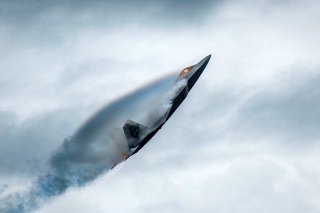 Key point: Iran knows it cannot stand up to the U.S. Air Force.