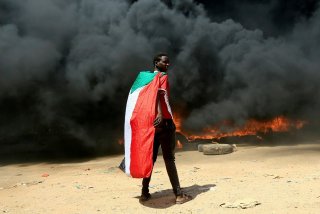 Already embroiled in one of the world’s worst humanitarian crises in modern history, Ethiopia is now positioned in a volatile standoff over a land dispute with Sudan. At the center of it is al-Fashaga, a fertile tract of borderland between the two countries, has remained a point of contention in the Horn of Africa for more than a century. While Ethiopia was distracted by the conflict that erupted in its northern Tigray region last year, Sudan exploited its neighbor’s instability and took control of the region. Since last November, clashes between Khartoum and Addis Ababa have only escalated. While the United States and the international community focus on Sudan’s failed transition to democracy, the Tigray crisis and the impending battle over al-Fashaga cannot be overlooked.

Since the establishment of its constitution in 1994, Ethiopia has functioned as an ethnic federal system where the country’s nine ethno-national groups each control their region. Initially, the Tigray People’s Liberation Front (TPLF) was successful in coalescing various armed rebel groups under the banner of the Ethiopian People’s Revolutionary Democratic Front (EPRDF) to fight Addis Ababa’s then-Marxist military dictatorship. By 1991, the TPLF was the ruling coalition in the country.

While Ethiopia experienced economic growth and relative stability under the TPLF rule, the party was accused of corruption and human rights abuses. Anti-government and anti-TPLF protests swept the country in 2018, leading to the election of prime minister Abiy Ahmed, who pledged to bring democracy to Addis Ababa by releasing thousands of political prisoners and allowing once-banned dissidents to return home. Ahmed was even rewarded the Nobel Peace Prize in 2019 for concluding an unprecedented peace agreement with Eritrea, symbolically ending one of the region’s lengthiest conflicts.

However, Ahmed’s tenure as the “peaceful unifier” who saved Ethiopia ended abruptly when the TPLF defied the prime minister’s orders to postpone elections in September 2020. Tit-for-tat clashes between the Tigrayans and Abiy’s government has led to a full-blown civil war that has forced 2.3 million people from their homes and has killed tens of thousands of civilians.

While civil war in Ethiopia continues, events in neighboring Sudan have further destabilized the Horn of Africa. When Khartoum took control over the al-Fashaga borderland in December 2020, Ahmed deployed troops to the region, causing clashes between the neighbors that remain ongoing. In late October 2021, Sudan’s military seized control of the country and dissolved Khartoum’s U.S.-supported transitional government. During protests for civilian rule in Sudan, security forces opened fire on the demonstrators, resulting in over 200 civilian injuries and a dozen deaths.

Days before the coup unfolded, White House officials met with Sudanese military leaders to discuss the transitional government. The Biden administration was thus caught off guard by the Sudanese military’s utter disregard for U.S. interests. In addition to calling for democracy in Sudan, the Biden administration has condemned the ongoing violence in Ethiopia as a “risk to regional peace and security.”

Since the Sudanese military was willing to lose millions in aid and support from the United States by knocking out prospects for a transitional civilian government, they are unlikely to be phased by the White House’s call for peace and stability. If anything, Sudan’s military may be more emboldened to deepen its foothold over al-Fashaga as they no longer have U.S. monetary support on the line. If the conflict worsens, Egypt, Eritrea, and other African nations are likely to pick sides, squandering the chances for stability in the Horn of Africa.