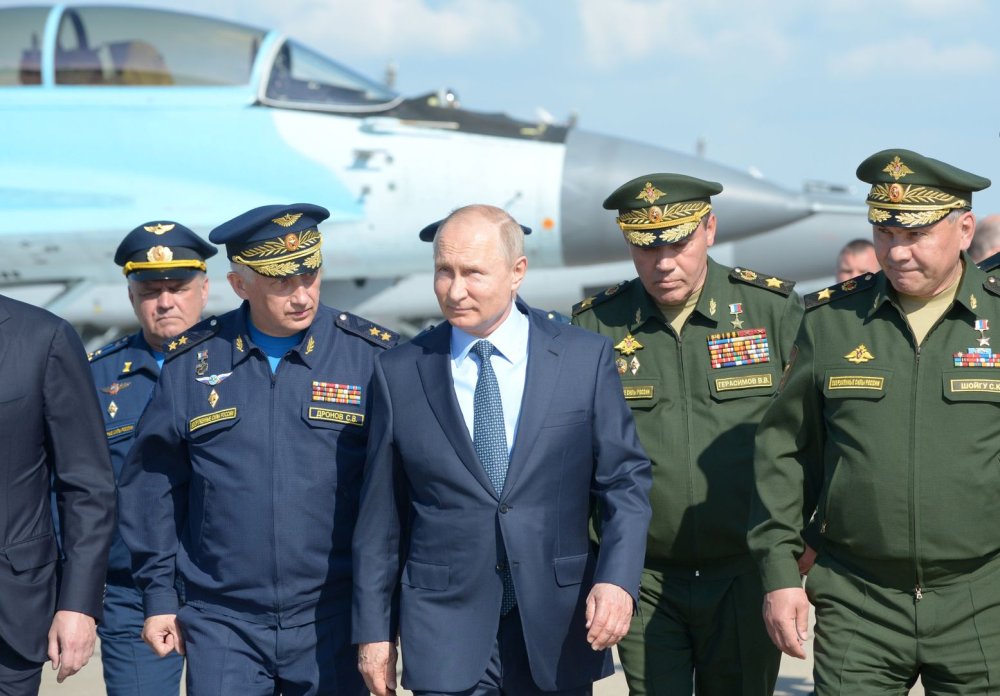 The Russian Air Force has learned valuable lessons during the recent campaign in Syria, according to a former senior Russian air commander.

In fact, Russian air operations in support of the Syrian government gave the Russian Air Force a chance to test the effectiveness of reforms made over the last few years, according to Colonel General Viktor Bondarev, former commander of Russian Aerospace Forces, and now chairman of the defense and security committee of the Federation Council of Parliament.

Bondarev’s analysis was part of a multi-volume study of airpower by the Center for Analysis of Strategies and Technologies, a Russian defense think tank. In a blog for the International Institute for Strategic Studies, defense expert Douglas Barrie analyzed Bondarev’s account.

“The campaign gave Russia's Aerospace Forces their first experience of modern offensive air operations by various air units, and in conjunction with other nations' ground forces,” Bondarev wrote. He also argues that “one of the main prerequisites for success in Syria” was the introduction of new and upgraded combat aircraft, a need that was “pressing, since the air force had received practically no new equipment in the 20 years since the early 1990s.”

Bondarev says the Russian air campaign featured widespread use of precision-guided munitions (PGM), such as GPS-guided munitions. But as Barrie points out, “although the KAB-500S satellite-guided bomb has been used in Syria, the air force continued also to rely on free-fall iron bombs. A small number of mature air-to-surface missile systems such as the Kh-29 (AS-14 Kedge) and Kh-25M (AS-10 Karen) have also been used.”

Barrie also notes that “the Syrian operation should have provided an opportunity to operationally test the Kh-38 medium-range tactical air-to-surface missile. The Kh-38 family is intended to replace the Kh-29 and Kh-25. So far, however, no imagery of the weapon being employed in Syria has emerged, while Russian sources have made contradictory claims as to whether it has or has not been used during the campaign. The Kh-38ML semi-active laser-guided variant of the missile family is thought to have completed development testing in 2017.”

In September 2018, Bondarev claimed that 85,000 “terrorists” were killed in Russian airstrikes. “Over three years, tens of thousands of terrorists’ targets - munitions depots, strongholds, control centers - have been hit,” he said. “About 100,000 terrorists have been killed, with about 85,000 of them neutralized by our aerospace forces.”

Bondarev pointed to the “the high precision of the use of air weapons,” adding that “our aerospace forces have been delivering and continue to deliver pinpoint strikes on terrorists’ targets.” He suggested that Russia’s intervention in Syria had improved Russia’s position versus NATO: “It should be taken into account that participation in the counter-terrorist operation in Syria has helped Russia test many types of weapons and military hardware and demonstrate our military might, and, hence, secure us even from attempts at possible aggression by NATO countries, which had not seen before 2015 the breakthrough our army and the defense industry had made over the past 15 years.”

“While Bondarev’s overall assessment – at least in the public domain – skates over some of the continuing challenges and shortfalls, for example in PGMs, it does trace the arc of progress the air force has made from its nadir in the 1990s and early 2000s,” Barrie concludes. “Without this, Syria may have proved an operation too far.”

Michael Peck is a contributing writer for the National Interest. He can be found on Twitter and Facebook. This piece was originally featured in January 2019 and is being republished due to reader's interest.