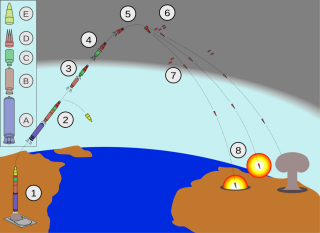 All of this is seen by developers as a crucial step toward a new future system, called Multi-Object Kill Vehicle, or MOKV. It is designed to release from a Ground Based Interceptor and destroy approaching Inter Continental Ballistic Missiles, or ICBMs -- and also take out decoys traveling alongside the incoming missile threat.

Development of the MOVK is intended to evolve from existing tests with the EKV, however industry and Pentagon developers do not want to rush the system in order to ensure it is well suited to destroy emerging threats anticipated five, ten or more years from now,  Norm Montano, Raytheon EKV Program Director, told Scout Warrior in an interview last year. While many months ago, Montano's comments bear even greater relevance now - as tensions with North Korea rise quickly and many analyze the regime's fast-advancing ability to hit US targets with an ICBM.

"The threat is evolving. North Korea is frequently testing. You can't underestimate the learning that they are doing. We don't want to rush MOKV. We want to get there and get there right," Montano said. "If we move too fast we might not get all the learning that we need."

“We will develop and test MOKV command and control strategies in both digital and hardware-in-the-loop venues that will prove we can manage the engagements of many kill vehicles on many targets from a single interceptor. We will also invest in the communication architectures and guidance technology that support this game-changing approach,” a spokesman for the Missile Defense Agency, told Scout Warrior in a previous written statement.

]The Missile Defense Agency has awarded MOKV development deals to Boeing, Lockheed and Raytheon as part of a risk-reduction phase able to move the technology forward, Lehner said.

Steve Nicholls, Director of Advanced Air & Missile Defense Systems for Raytheon, told Scout Warrior last year that the MOKV is being developed to provide the MDA with “a key capability for its Ballistic Missile Defense System - to discriminate lethal objects from countermeasures and debris. The kill vehicle, launched from the ground-based interceptor extends the ground-based discrimination capability with onboard sensors and processing to ensure the real threat is eliminated.”

While the initial development of MOKV is aimed at configuring the “kill vehicle” for a GBI, there is early thinking about integrating the technology onto a Standard Missile-3, or SM-3, an interceptor missile also able to knock incoming ICBMs out of space.The SM-3 is also an exo-atmopheric "kill vehicle," meaning it can destroy short and intermediate range incoming targets; its "kill vehilce" has no explosives but rather uses kinetic energy to collide with and obliterate its target. The resulting impact is the equivalent to a 10-ton truck traveling at 600 mph, Raytheon statements said.