How the United States Fell Behind in Climate Leadership 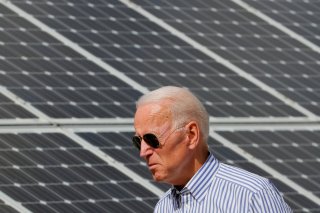 In the early 1970s, the United States had no conflict over environmental policy. The Clean Air and Clean Water Act Amendments of 1970 and 1972  were approved unanimously in the Senate en route to overwhelming passage in Congress. They and the NEPA Act of 1969 made rapid progress against pollution. The United States became the world leader in environmental policy. However, the revolutionary new laws contained seeds of future problems. The following list offers a troubling picture about subsequent progress in environmental management.

Comparing the United States and European countries like Sweden offers a sobering reality. World Bank data shows that in 2018 Sweden was the world leader with 52 percent renewable to total energy use, while the United States was at 10 percent near the bottom of European nations. The United States landfills 50 percent of municipal waste, Sweden landfills 1 percent. The United States recycles one-third of glass bottles; advanced European nations recycle 90 percent. Power plants use about one-third of produced energy for electricity, but while over 11 percent of European power plants employ cogeneration, (where both electricity and heat are produced, increasing energy efficiency) only around 1 percent of U.S. power does the same.

What Happened to U.S. Environmental Effectiveness?

Radicalization has led each side in the conflict to automatically oppose the goals of the other.  As a result, neither side achieves its goals. Over 50 percent of Republicans in Congress were recently claimed to be climate deniers. The strategy of leading environmental organizations like the Sierra Club and Natural Resources Defense Council has been to shut down fossil fuel production or transportation wherever possible under the assumption that this will speed transformation to boutique renewables—solar and wind energy. They oppose nuclear power, biomass energy, and even hydropower—which together dominate current U.S. renewable energy production. They are skeptical of carbon sequestration (geological burial of CO2) because it could encourage the continuation of fossil fuel production. Besides stoking counter-hostility, the campaign against “dirty” energy that will remain critical for society well into the future diverts progressive talent from seeking leadership positions in fossil fuel and related industries. Their financial and technical resources are potentially critical assets in transitioning to renewable energy.

As the current European fuel crisis created by Russia’s attack on Ukraine has shown, if shutdowns like those challenging the national maintenance of oil and gas pipelines and blockage of LNG terminals continue to exceed progress in replacing fossil fuels, they could lead to stranded financial and technical resources, interrupted supply, and major resumption of fuel imports. Steep price rises could sour public opinion against proactive environmental measures. They would risk future Enrons, companies playing the environmental game with less than pure motives.

Germany’s ingenious feed-in tariff, initiated by the Green Party, exponentially increased renewable energy development without front-end government investments. Denmark took an aggressive approach to wind energy development, exploiting the country’s flatness and high wind energies and becoming the world leader in wind turbine production. Once alternative energy capacity was sufficiently developed, DONG (Danish Oil and Natural Gas Company) divested itself of oil and gas interests and transitioned entirely into offshore wind energy development. The new entity, Ørsted, is the primary contractor for proposed new offshore wind developments off the U.S. northeast coast. The Europeans’ integration of environment and economics in policies adopted in the early 1990s has made them world leaders, whereas the United States became a laggard in environmental policy and performance.

The complex environmental regulatory/permitting systems introduced in the 1970s were effective in controlling environmental pollution. They are now equally effective in inhibiting infrastructure and renewable energy development. Rather than applying stricter regulations or attempting to weaken enforcement of existing law, the United States could benefit by examining the superior performance of European environmental policies and revisiting the United States’ forty-year-old environmental management system. A current proposal recognizes that whereas bipartisan legislation is unlikely in the foreseeable future, a practical approach to reform could be achieved by depoliticizing federal agencies responsible for environmental regulation