How the U.S. Air Force Is Preparing for World War III 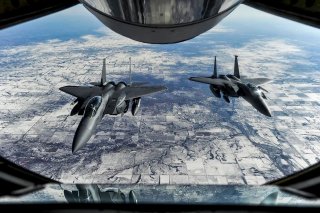 It is all part of the service’s regular Reg Flag exercise which pits Air Force platforms, assets, and war formations against a sophisticated, well-armed “red-team” adversary equipped with advanced air defenses, sophisticated enemy aircraft likely to resemble fifth-generation rivals, and other kinds of multi-domain warfare scenarios the service would likely encounter in war.