How a U.S. Marine Knows To Start Firing a Fully-Automatic Rifle 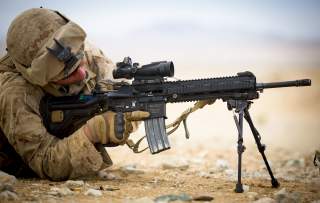 Though as Wade points out in the video, just how accurate those rounds will be depends on what mode you’re firing in.