How the U.S. Military Plans to Destroy Hypersonic Missiles in a War 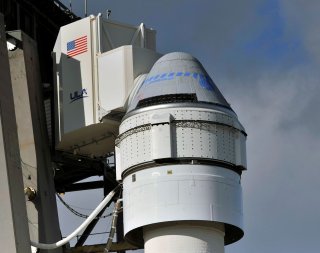 The Pentagon is looking to Space War as an emerging method to counter seemingly unstoppable hypersonic weapons attacks, with early prototyping of satellite sensors and other tracking technology to more quickly find and “take out” weapons traveling more than five times the speed of sound.

“As ballistic missiles increase in their complexity ... you’re going to be able to look down from cold space onto that warm earth and be able to see those,” he said. “As hypersonics come up and look ballistic initially, then turn into something else, you have to be able to track that and maintain track. In order for us to transition from indications and warning into a fire control solution, we have to have a firm track and you really can’t handle the global maneuver problem without space.”

Industry weapons developers explain that simply “tracking” approaching hypersonic weapons can be described as a key starting point when it comes to exploring these options. While there are of course a wide range of air, sea and land sensor technologies, tracking hypersonics will rely heavily upon satellites. Current satellite-mounted Spaced Based Infrared (SBIR) sensors can now detect the heat signature of an enemy ICBM or ballistic missile launch. The intent with SBIR is to transmit that information to land-based warning systems and instantly activate response protocols, but SBIR systems cannot themselves “track” the flight of a hypersonic weapon. However, the prospect of engineering a satellite, or group of satellites, with the technical capacity to track hypersonics—is very realistic.

“We’ve got to be able to track them through their flight. We know their trajectory once they are out of the boost phase. You are going to have to track precisely enough so you can engage it with an interceptor,” Obering said.

“We are collecting a lot of data on how this can be done,” he added.

A way to do this, Obering explained, would be to engineer a group of networked, lower-flying Very Low Earth Orbit satellites able to cover large swaths of territory. Although they cover more narrow areas than larger satellites and use more focused sensors, smaller satellites traveling closer to the earth can move faster, detect objects with greater fidelity in some cases and use advanced processing speeds to network key sensor data.

“We need enough satellites. We need to build a constellation that can track these weapons. We would have to have enough of them at the same altitudes,” Obering said.

Essentially, the idea is not to destroy the hypersonic weapon with an explosion, but rather cause an “instantaneous” angle change in the complex, interwoven mixture of air-flow variables. This, quite significantly, can cause an entire vehicle to break apart. A number of things could cause this, such as a laser, rupture of a booster, missile explosion in the vicinity of the weapon in-flight or some other kind of disruption.