How the U.S. Navy Is Getting Its Newest Aircraft Carrier Ready for War 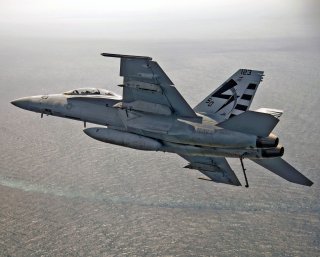 Bombs will explode in the ocean near the USS Gerald R. Ford Navy aircraft carrier during Shock Trials next year, F-35s will take off, and the U.S. Navy will conduct a year of “qualification” assessments before the ship is deployed.

The Chief of Naval Operations, Admiral Michael Gilday, said he was “bullish” on the USS Ford. Speaking earlier this year, he explained its added value to the fleet and that progress was being made with its weapons elevators, flight deck carrier air wing integration and technical preparation for combat service.

“The ship will spend 50-percent of the next year at sea,” Gilday said earlier this year at the Navy WEST 2020, adding that the Ford’s operations tempo will parallel that of some of the most-often deployed Navy destroyers.

Two of the Ford’s nuclear power plants are now certified through deployment and Gilday said the “flight deck has been certified for all type, model, series aircraft that will deploy with her first deployment.”

At least six electronic Advanced Weapons Elevators have been certified and are ready for deployment, after some delays. The weapons elevators enable faster refueling and weapons reloading, allowing for a higher sortie rate and faster attacks.

During the upcoming Shock Trials, the USS Ford will be tested against a wide range of nearby bombs and weapons in a wide range of sea conditions, to ensure that it can withstand attacks and continue functioning. This means the Navy will test air-dropped bombs, torpedoes, anti-ship cruise missiles, mines and other kinds of weapons attacks during the trials in April 2021.

The Ford has been much discussed as it continues to be a focal point for both heavy praise and criticism. Cost overruns and schedule delays over the years have received attention from critics and members of Congress, yet many are also quick to reference the host of new technologies and attributes the Ford is known to have. Navy developers and observers now say the USS Ford is on track.

The Ford-class overall, which is anticipated to sustain Navy aircraft carrier service into the next century and beyond, is expected to change naval combat.

The Ford’s larger flight deck, weapons elevators and electromagnetic catapult will increase the sortie rate by as much as 33%, enabling a much higher volume of air attacks and power projection. Onboard computer automation will perform a wide range of procedural technical functions, allowing for an 800-sailor crew size reduction.