How to Use the Language of Success 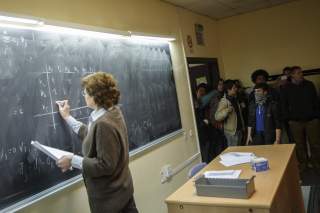 If you work in medicine, does it matter if you are called by your title? Is it all right if patients, colleagues, and others call you by your first name?

The answer of course depends on whom you ask. However, for many doctors who are women, that is not necessarily the central concern. It is more worrying that they and their male counterparts receive different forms of address. Women are more often referred to by first name, even when the situation of communication is formal. The same does not happen to doctors who are men.

Women in medicine may wonder whether or not those variations in how they are addressed might have far-reaching consequences for their careers. Do they reflect a systematic difference in attitude?

As a linguist, writer, and professor who teaches mostly sociolinguistics content, I have always been fascinated by the ways in which we use language. Linguistic categories and beliefs can affect different areas of our lives.

When my colleagues and I became curious about the use of titles, we conducted a study. It is part of a number of efforts by researchers interested in the social aspects of gender in medical fields. Our study shows that women are indeed less often called “doctor” than their male equivalent, and by a large margin.

Informal feedback by online readers reveals that the practice leads to concerns about everything from career advancement to professional respect.

Not quite ‘little lady,’ but not quite right

In our study, we looked at forms of address in more than 300 instances of introductions during grand rounds – formal meetings in hospitals during which clinical cases get discussed for educational purposes.

We discovered that women introduced speakers by formal titles 96.2% of the time.

When the introducer was a male addressing a female speaker, the use of titles went down to 49.2% of the time.

If the male introducer addressed a male speaker, the use of title was up to 72% of the time.

Therefore, while men were in general less formal than women in their introductions, the wide gender gap led us to wonder about the role of attitudes and their resulting implications. We suggested that this seemingly trivial, possibly unintentional, double standard ended up undermining female physicians in a context where women already face greater barriers for career advancement and job satisfaction.

How language and society work together

In the case of doctors and forms of address, a person unaware of this connection between language and social relationships might wonder what the big deal is. Is it really that important that women be called “doctor” while performing the duties of their profession?

My answer is a very certain “yes,” especially if their male counterparts are being treated that way. Although I am not a medical doctor, as someone with a doctorate, I can relate to the experience. I have many times witnessed a male colleague being called “Dr. Last Name,” while I am simply called “Patty” in the same breath. When within the same interaction, participants are systematically treated differently, a linguist must ask why.

It is also the job of a linguist to ask what else is happening in those contexts of communication that can signal inequalities, for which the language element might be symbolic. In the case of doctors and different forms of address, the points of intersection are not very difficult to find.

Women in medicine are less often referred to by professional titles. Without claiming causality, we can also observe that women in medicine (mirroring what happens in other areas) are still paid less than men in equivalent positions. Women are also promoted less often, face the biased belief that family responsibilities might keep them from dedication to their careers, and are more likely to be subjected to harassment than men.

A recent position paper in the Annals of Internal Medicine that cites our work argues that the challenges experienced by doctors who are women include “a lack of mentors, discrimination, gender bias, cultural environment of the workplace, impostor syndrome, and the need for better work–life integration.”

Another study which also makes reference to our article, this time on women in pediatrics, shows that even though women doctors are a majority in that area of specialization, they are not advancing to positions of leadership as often and as much as men.

How to change this

One of the rewards of being a linguist is to see the possible applications of the research in the real world. Work on forms of address, for example, has changed institutional policy.

It is vital that we accept as valid the point of view of women who are concerned about these behaviors and are affected by them. Opportunity exists for those who might not be directed impacted to be allies and to model behavior themselves.

One area that lacks research and inclusion is gender bias beyond the male-female binary. That is, we urgently need to find out how gender bias, in language and elsewhere, affects medical professionals who identify as nonbinary, genderqueer, and transgender. Additionally, intersectionality requires further consideration as it influences advancement and opportunity.

Intersectionality refers to overlapping systems of discrimination that affect a person in complicated ways. For example, being all at once a woman, a member of an ethnic minority and a participant of a given religious practice might mean facing discrimination that is compounded by these multiple memberships. It should not happen, but it does.

There are many ramifications and possible actions linked to this kind of research. We need to do more.