How Was the Secret Air War Between the U.S. Navy and Soviet Fighters Over Siberia Kept Secret for Forty Years? 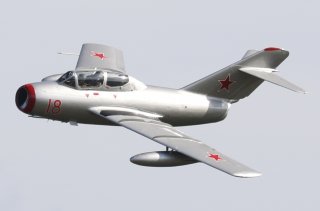 Key Point: An admiral warned Williams to keep quiet about his extraordinary accomplishment—it was important that the United States and the Soviet Union remain officially not at war, and that the Soviets not realize they had been spied upon by the NSA unit.