How Well Do You Know The AK-47? Here's 5 Little Known Facts 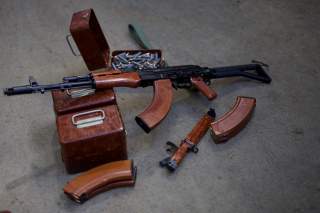 Key point: The rifle became popular among insurgents around the same time it began being exported.

Mark Episkopos is a frequent contributor to The National Interest and serves as a research assistant at the Center for the National Interest. Mark is also a Ph.D. student in History at American University. This article first appeared last spring.