How the West Counters China in 2022 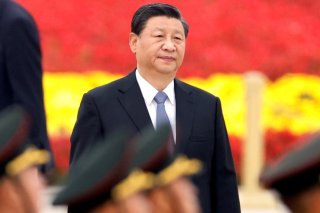 When a nation withdraws its entire embassy and diplomatic staff, it’s indicative of a serious international conflict. Besides a declaration of war or a dramatic regime change like the Taliban coming to power in Afghanistan, countries don’t usually feel the need to press the metaphorical nuclear button of bilateral relations. However, on December 15, that’s exactly what Lithuania did with its embassy in Beijing after China demanded the Lithuanian Ambassador be recalled and the embassy be downgraded to a charge d’affaires office.

All of this stemmed from a decision by Vilnius to allow Taiwan to open a representative office and call it Taiwan instead of Taipei. Because of that, China launched a coordinated economic attack against Lithuanian business. Not only have they been locked out of the Chinese market, but other European companies have been warned against using Lithuanian factories and products in their supply chains if they want to continue to trade with the world’s second-largest economy.

Lithuania, a government that represents a nation comprised of 2.7 million people, has riled the anger of China, a government that represents 1.4 billion people, to such an extent that they felt the need to pre-emptively withdraw their embassy personnel should Beijing do anything further irrational and excessive, potentially endangering their staff.

Most nations would turn a blind eye to what a small country does. Yet, the question now is: What can the West do to counter China in 2022 without a similar breakdown in relations?

In the last two years, China has been seeking to control much of the geopolitical narrative around the world, and this has had direct consequences for its relations with others. When Australia doubted Beijing’s assessment of the origins of COVID-19 and called for an independent investigation, China came down hard on Canberra with economic sanctions in a great act of self-mutilation. The same happened in this particular case with former Soviet nation Lithuania, despite the tremendous strain it has put on EU-China relations.

In the Americas, China has pursued similar goals. While Lithuania was breaking off relations with Beijing, Nicaragua abandoned Taiwan in order to establish diplomatic relations with the Chinese Communist Party. In exchange, Nicaragua promptly received a shipment of 200,000 SinoVac COVID-19 vaccines—nearly equal to the total 300,000 that Nicaragua received from the United States thus far.

Long governed by a one-party communist system similar to Cuba’s and Venezuela’s, Nicaragua’s realignment with communist China over democratic Taiwan shouldn't come as a great surprise. Nonetheless, it’s clear that, in 2022, China won’t be changing course as it seeks to shape the world into its image.

While internationally, China tries to bully and coerce other nations into submission, domestically, it’s employing nationalistic rhetoric not seen since the days of Chairman Mao Zedong. This has inevitably affected its relations with others, most notably Taiwan. Indeed, given the considerable overreaction described above reserved for nations that dare to allow Taiwan to operate under its name, this begs the question: To what extent is China prepared to continue tolerating the status quo?

Under President Tsai Ing-wen, Taiwan hasn’t been afraid to stand up for itself. Taiwan served as an example of democratic success at President Joe Biden’s Summit for Democracy. In the immediate aftermath of the initial outbreak of COVID-19, there were calls for Taiwan to join the World Health Organization, much to the chagrin of mainland China. With every call to move toward official representation on international bodies, it seems Taiwan is getting closer to China’s official red line of a declaration of independence. If this were to happen, an invasion is likely to follow, and given warnings of Chinese preparedness, the West must expect the tough nationalistic rhetoric to continue into 2022.

What then—given China’s likely continuation of bullying and coercion—can the West do about this?

First, it can’t afford to panic. Instead, the West should focus on exploiting Chinese belligerence abroad to its benefit. In trying to control the narrative, China’s wolf warrior diplomats have become notorious in their rudeness, and not just to Western nations. Smaller nations mistrust China too. One of the only reasons many go along is the real prospect of accessing cheap loans to develop infrastructure. President Biden’s announcement of the Build Back Better World is a welcome start, but more needs to be done to wrest back influence in South America and Africa.

Most importantly, in the short term, providing medical equipment and vaccinations to the poorest nations should take priority. As the new Omicron variant spreads rapidly around the world, the global North has struggled to shed the image that it’s hoarding vaccinations. With the options for many nations being either a case of Chinese vaccines or no vaccines at all, you can see why many see no alternative but to improve relations with China.

With Chinese belligerence unlikely to change in the coming year, it’s time for the West to get ahead of the curve and re-establish influence in parts of the world it has neglected for far too long.

Sam Lewis is a Young Voices Contributor and author of the blog 'East Asia Insider'. He is a frequent political commentator on GB News, Times Radio and TalkRadio