How Will India Respond to China's Bullying at Sea? 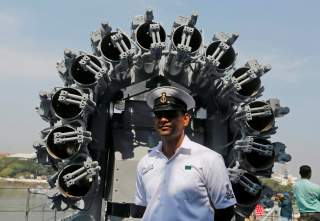 Two events in recent weeks have refocused attention on the South China Sea. First, Malaysia approached the UN Commission on the Limits of the Continental Shelf claiming waters beyond the 200-kilometre limit of its exclusive economic zone in the northern part of the South China Sea, leading to Chinese accusations of an infringement of China’s sovereignty. The Malaysian claim came as a surprise, considering that the last time Kuala Lumpur made a similar submission was almost a decade ago (on that occasion, for a part of the continental shelf that lay in the southern part of the South China Sea). Yet it is China’s extended presence in and around the Luconia Shoals in Malaysia’s EEZ that seems to have driven Kuala Lumpur to the international body. Malaysia claims that the entire Spratly Islands are part of Malaysia’s continental shelf.

Second, Indonesia sent warships and a submarine to the waters off the Natuna Islands after an encroachment by Chinese fishing boats and coastguard ships. Indonesian President Joko Widodo toured the islands on a naval ship, apparently to warn Beijing that Jakarta wouldn’t countenance a challenge to its sovereignty. Since 2016, when Indonesia began fending off Chinese poachers and fishermen in the waters off the Natunas, Jakarta’s resentment against Beijing has grown stronger. Despite claims that Indonesia is a neutral party in regional territorial disputes, its tilt away from China has been in clear evidence.

Indonesia isn’t the only country protesting Chinese aggression. The Philippines is upset that a Chinese vessel rammed and sank a Filipino fishing boat last year, and Vietnam has announced its intention to establish militias in 14 provinces to counter China’s presence. The declaration follows Beijing’s deployment of an oil survey vessel in Vietnamese waters in October 2019 that disrupted offshore drilling activity licensed by Hanoi. Observers say China is yet to come to terms with the 2016 UN arbitration tribunal’s rejection of its ‘historical rights’ in the South China Sea. Beijing has since used increasingly violent methods in seeking to enforce its writ over waters within the ‘nine-dash line’.

China’s assertive operations seem intended to dominate ongoing negotiations with ASEAN for a code of conduct in the South China Sea. Beijing’s wish list includes such impracticable demands as a bar on joint military exercises with countries outside the region without prior consent of all parties and a moratorium on resource development with extra-regional entities. Beijing perhaps believes robust maritime posturing will create leverage to bargain from a position of strength.

From an operations standpoint, the more relevant aspect of China’s South China Sea presence is the ‘grey zone’ tactics on display. Notably, Beijing hasn’t sent regular warships into the disputed waters, instead using militias comprising Chinese fishing boats, coastguard ships and survey vessels. Chinese crews seem well briefed, with clear instructions on how (and how much) to push opponents, when to pause and retreat, and when to reappear and resume harassment—tactics aimed at subtle intimidation, in a way that ensures the threshold of full-scale conflict isn’t ever breached.

The developments in littoral Southeast Asia seem linked to those in the eastern Indian Ocean, where Indian observers have noted a marked increase in Chinese constabulary presence, in particular maritime survey ships. In September 2019, a Chinese research vessel operating in Indian waters in the Andaman Sea withdrew swiftly when challenged by an Indian warship. At a time when there’s talk of a China-backed plan to construct a canal across the Thai isthmus and a secret agreement for a Chinese naval base on the Cambodian coast, growing Chinese survey ship operations in the eastern Indian Ocean have triggered disquiet in India’s security establishment.

Unlike in the South China Sea, where Beijing is uncompromising with opponents, Chinese operations in the Andaman Sea appear more considerate of Indian interests. Notwithstanding the recent deployment of the Chinese research vessel, China’s maritime activities in South Asia have kept clear of Indian ‘red lines’. There have been no instances of Chinese vessels challenging Indian sovereignty or venturing close to Indian islands with malign intent. Nor have Chinese warships and submarines impeded the passage of Indian merchant vessels in regional sea lanes.

Yet, China’s maritime moves in South and Southeast Asia portend an uncertain future for India. Chinese port-building activity in Sri Lanka and Pakistan, Beijing’s submarine and warship deals with Thailand and Bangladesh, the growing Chinese navy and constabulary presence in the Arabian Sea and the Bay of Bengal, and President Xi Jinping’s announcement of a new economic corridor in Myanmar have all contributed to a sense of siege in New Delhi.

As Indian analysts see it, Beijing’s firming grip over island territories in the South China Sea would allow it to project greater military power in the eastern Indian Ocean, shrinking India’s space for political and operational manoeuvres. That may not necessarily take the form of provocative naval exercises in India’s near seas, but it could involve undertaking complex missions, including cooperative capacity building, humanitarian drills and data gathering. New Delhi’s real fear is that a greater Chinese presence in its maritime neighbourhood could end up attenuating India’s authority and leverage in its perceived sphere of influence.

This article by Abhijit Singh first appeared in the Australian Strategic Policy Insitute’s The Strategist in 2020.