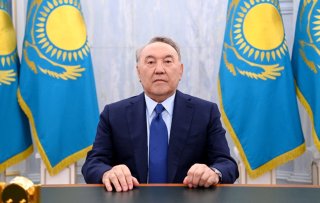 The protests and violence in early January in Kazakhstan that resulted in at least 225 deaths—civilians and security forces—more than 4,000 injured, some 6,000 arrested, and concluded with a short-lived international intervention under the umbrella of the Collective Security Treaty Organization (CSTO) has called into question the future of Kazakhstan’s relations with the United States and European states. Moreover, the arrests and deaths of Kazakhstani civilians have prompted some experts to demand sanctions against Kazakhstan, including the entourage of First President Nursultan Nazarbayev. However, before sanctions are carried out, geopolitical considerations must be analyzed.

The crux of the matter comes down to, unsurprisingly, geopolitics. For the past three decades, Kazakhstan has pursued its famous multi-vector diplomacy. Via this strategy, Nur-Sultan has generally enjoyed cordial relations with neighboring superpowers Russia and China, including through multilateral initiatives like the CSTO, the Eurasian Economic Union (EAEU), Shanghai Cooperation Organization (SCO), and the Belt and Road Initiative (BRI).

At the same time, Nur-Sultan became a good friend of Washington, Brussels, and London. As a result, at least until very recently, the country has been regarded as generally stable and an ideal location for U.S. and European investment in Central Asia. To this end, Nur-Sultan created entities like the Astana International Financial Centre to facilitate investment ventures. Hence, a discussion of sanctions must also include how they will impact Kazakhstan’s foreign policy.

What type of sanctions are we talking about?

So far, there have not been concrete demands for sanctions by policymakers in Washington, Brussels, London, or other Western capitals regarding Kazakhstan. However, there have been attempts to sanction certain Kazakhstanis in recent years, namely Nazarbayev, his family members, and key associates. In the U.S. toolkit, we find the Magnitsky Act, which authorizes a U.S. president to impose sanctions and even deny entry into the United States to foreign individuals identified as having carried out corrupt activities or human rights abuses. Some individuals sanctioned under Magnitsky would include Timur Kulibayev, Nazarbayev’s billionaire son-in-law and former deputy state security chief.

As for the events of January, there have been calls by experts for some action. One source of indignation is that Kazakh troops reportedly utilized United Nations logos in their uniforms. “Western capitals, particularly Brussels, must punish Kazakhstan (and Belarus) for misusing U.N. logos,” argue two U.S. military officers. Hence, the authors suggest suspending existing security partnership agreements like joint military exercises with U.S. troops. “Strong diplomatic and economic sanctions” are also mentioned, without specifying which.

Moreover, there are calls in the UK to utilize “anti-corruption legislation to target the rulers of Kazakhstan on the grounds of human rights abuses.” Other similar proposals include seizing and freezing the Nazarbayev clan’s “Western assets—their real estate and private jets, their high-end artwork and fleets of automobiles— [which] would, at the very least, offer succor to protesters,” argues one investigative reporter.

The Geopolitical Consequences of Sanctions

It is too early to understand how the January uprising will impact Nur-Sultan’s relations with its Central Asian neighbors, the three superpowers, and the global community. At least for the foreseeable future, Kazakhstan’s multi-vector diplomacy is on life-support.

I am not intending to argue whether sanctions are advisable or not. The loss of innocent civilian life during the January uprising cannot go unpunished, both by Kazakh courts and by the international community—this includes punishing culprits of human rights abuses. When it comes to the international community’s response, the question is more about the geopolitical consequences of any potential future sanctions. One scenario is that sanctions may bring Kazakhstan firmly back into Russia’s sphere of influence; this is a possibility that Washington, Brussels, London, Nur-Sultan, and probably many Kazakhs do not want. Similarly, investment sanctions could bring Kazakhstan closer to the orbit of the “Celestial Empire”—these countries already have robust bilateral trade and investment ties; however, in recent years, there has been significant pushback against Chinese investment in Kazakhstan.

With the United States gone from Afghanistan and Western states having a minimal footprint in Central Asia, namely trade and investment projects and some development initiatives, there are few strong links between Central Asia and the West. Moreover, it is worth noting that besides Georgia, Kazakhstan has been the most U.S./Europe-friendly government across the Caucasus and Central Asia. Anchoring Kazakhstan back in Moscow’s and Beijing’s sphere of influence may convince weaker nations, namely countries like Kyrgyzstan and Tajikistan, to bet on Russia and China and turn their backs, even more, to Washington. The fact that Tajik and Kyrgyz troops were part of the CSTO mission suggests that both governments will naturally bend the knee to Moscow if Nur-Sultan does it first. It is too early to tell if this “domino effect” will occur, but extreme scenarios should be considered.

When the uprising was in its beginning stages, an early January article by Politico argued that “Washington has little-to-no leverage in Kazakhstan, let alone in Central Asia.” This statement is incorrect as Washington and its allies have tools at their disposal to pressure Kazakhstan and ensure that justice happens. The question is, what would be the short and long-term effects on Kazakhstan’s foreign policy of any potential sanctions by the international community, particularly vis-à-vis a last-resort rapprochement with Moscow and Beijing, which the United States does not want to see.