How Worried Should The Air Force Be About Russia's S-500 Missile Defense System? 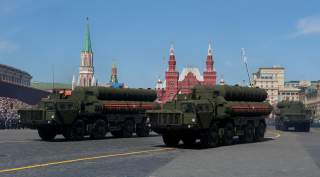 Key point: The S-500 is meant to fill a vital, but niche strategic purpose, and is therefore unlikely to be produced en masse.