How Would America Fight Without the Tomahawk Missile? 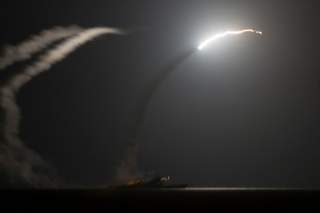 Key Point: Without the destructive power of the Tomahawk, it's likely the U.S. would have practiced more military restraint overseas.

Robert Farley, a frequent contributor to the National Interest, is author of The Battleship Book. He serves as a senior lecturer at the Patterson School of Diplomacy and International Commerce at the University of Kentucky. His work includes military doctrine, national security, and maritime affairs. He blogs at Lawyers, Guns and Money and Information Dissemination and The Diplomat. This piece was originally featured in July 2018 and is being republished due to reader's interest.