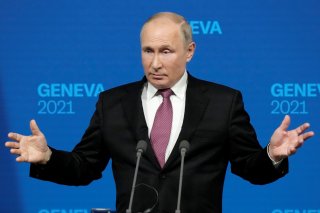 Even those who do not approve of him generally consider Vladimir Putin as highly successful in foreign policy. These successes include Moscow’s taking South Ossetia and Abkhazia away from Georgia in 2008, its taking Crimea and the Donbas away from Ukraine in 2014, the low-cost Russian effort beginning in 2015 that has succeeded in keeping Syria’s Bashar al-Assad in power, its seizing upon Ankara’s hostility toward the West to improve Russian ties with Turkey, and the close partnership Putin has built up with China’s president, Xi Jinping.

The Brezhnev era (1964-1982), by contrast, is still regarded as an “era of stagnation” in which there were several Soviet foreign policy failures—including escalating hostility with communist China that Richard Nixon and Henry Kissinger were able to exploit, being locked out of Arab-Israeli conflict resolution diplomacy by Washington after the 1973 Arab-Israeli War, the defection of Soviet allies Egypt and Somalia to the American camp in the 1970s, and the disastrous Soviet invasion of Afghanistan beginning in 1979 which resulted in Moscow becoming bogged down in an unwinnable war there. But had he lived to see them, Brezhnev might have taken a highly skeptical view of several of what Putin regards as foreign policy successes.

For example, Putin undoubtedly considers his military intervention in Syria beginning in 2015 to be a great success for not only preventing the downfall of a beleaguered ally, Bashar al-Assad, but for also helping him re-establish control over much of the territory he lost, in addition to preserving Moscow’s naval base on the Syrian coast and helping it establish an airbase there as well. Brezhnev might point out, though, that when he was in charge, the Soviet Union came to be the sole external power with influence in Syria, whereas Putin has to share influence there with Iran, Turkey, and even the United States.

Similarly, Brezhnev could point out, while the Soviet Union came to be Libya’s predominant external ally after Muammar Qaddafi came to power there in 1969, Russia now has to share influence in eastern Libya with the United Arab Emirates and Egypt while Turkey and Qatar have greater influence with the easterners’ rivals in western Libya.

In response, Putin could rightly point to the fact that while Turkey and Russia are supporting opposing sides in both Syria and Libya, he has helped encourage a rift between Ankara and Washington—especially through the sale of Russian S-400 air defense missile systems to Turkey which has upset the U.S. government so much that it has canceled the sale of F-35 fighter aircraft to Ankara. Brezhnev might respond by noting that for all of Turkish President Recep Tayyip Erdoğan’s vaunted hostility toward the West, Turkey not only remains a member of NATO but became heavily involved in the South Caucasus during the 2020 Armenian-Azerbaijani conflict and is supporting the anti-Russian government in Ukraine. From Brezhnev’s viewpoint, it may look like Erdoğan is the one taking advantage of Putin, and not vice versa.

Wresting South Ossetia and Abkhazia in 2008 and Crimea and the Donbass region from Ukraine in 2014 are clearly accomplishments that Putin is extremely proud of. From Brezhnev’s viewpoint, though, they may look puny. While it was clearly not Putin’s fault that the Soviet Union broke apart in 1991, Brezhnev might have pointed out that regathering all of Ukraine and Georgia (as well as the other non-Russian republics that became independent) under Moscow’s rule would have been preferable to getting small bits of them and thereby ensuring Ukrainian and Georgian animosity toward Russia and reliance on the West which might not have occurred otherwise.

Putin undoubtedly considers one of his greatest accomplishments to be the close partnership that he has developed with Chinese President Xi Jinping, thus ending what remained of the Sino-American partnership that developed in the early 1970s on Brezhnev’s watch. In response, though, Brezhnev could point out that the Sino-Soviet rift developed during the 1950s in the Khrushchev era long before the beginning of the Nixon-Kissinger era Sino-American rapprochement, and that Moscow had a lot of trouble—even to the point of border conflict—with Beijing back then when China was significantly weaker than the USSR. It would be prudent, then, for Putin to beware of China now that it is so much stronger and becoming more so all the time. The fact that Chinese officials and media sources appeared to lay claim to Vladivostok last year suggests that Beijing may not consider the border issue to be completely settled, no matter what agreement Beijing signed with Moscow saying that it is.

Nor is Chinese strength just a potential problem for the future, Brezhnev could point out. When he was in charge, the Soviet Union was the external great power with predominant influence both in India after the 1962 Sino-Indian border war and in Vietnam after Moscow assisted Vietnam’s 1978 invasion that overthrew the pro-Chinese Khmer Rouge regime in Cambodia and the 1979 Sino-Vietnamese border war. By contrast, while New Delhi and Hanoi continue to regard Beijing as a threat, both have responded by cooperating more and more with Washington instead of Moscow, which they know does not want to damage its relations with Beijing. Indeed, even if Putin has restored Russia’s image as a great power in Europe and the Middle East, Brezhnev could point out that under Putin, Russia has become a junior partner to China in Asia.

Compared to the 1990s or even the early 2000s, Putin’s foreign policies since his resumption of Russia’s presidency in 2012 do indeed appear to be highly successful. But judged by the foreign policy accomplishments made by the reputedly unsuccessful Brezhnev, Putin’s achievements appear far more modest. This is something that should be borne in mind not only by those inclined to be fearful of Putin, but also by Putin himself.