How Would Iran's F-14 Tomcat Fare Against America's F-22 Raptor? 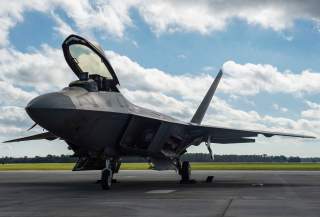 Key point: Iran has maintained its aging F-14s but they won't be of much use against the F-22.