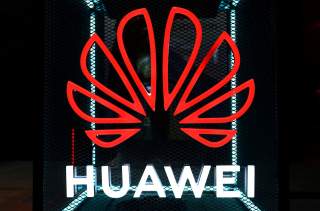 Key point: Huawei is building 4G and 5G mobile networks throughout Africa and working with national governments to help them spy on their citizens.

Editor's Note: ­This security-focused assessment is one of many such analyses found at Stratfor Threat Lens, a unique protective intelligence product designed with corporate security leaders in mind. Threat Lens enables industry professionals and organizations to anticipate, identify, measure and mitigate emerging threats to people, assets and intellectual property the world over. Threat Lens is the only unified solution that analyzes and forecasts security risk from a holistic perspective, bringing all the most relevant global insights into a single, interactive threat dashboard.

Chinese tech firm Huawei has been increasing its footprint across Africa, providing countries with new technology and telecommunications equipment, including most notably 4G and 5G mobile networks. According to an Aug. 14 article in The Wall Street Journal, some of this expansion has involved Huawei technicians helping governments in Africa to spy on their political opponents. In Uganda, the technicians reportedly helped national security services penetrate the WhatsApp and Skype accounts of an opposition candidate, allowing them to examine his plans for street rallies and other political activities. In a separate case in Zambia, Huawei technicians supposedly helped telecommunications regulators access the phones and Facebook pages of opposition bloggers and pinpoint their locations.

Huawei and both countries denied the claims, but such spying would fit with the tendency of ruling governments in Africa to undermine their political opponents and with the role that telecommunications and other tech companies play as facilitators of communication and coordination. Unlike many Western countries, the government in Beijing takes similar actions within its borders and ignores human rights, including privacy.

The company's expansion in Africa has many political, economic and security implications tied to the great power competition between China and the United States. The Wall Street Journal report shows the power that can come with controlling national communication networks. Operators have command over and insight into the information and communication patterns running through the infrastructure they provide. Control is one reason why net neutrality is such a controversial topic in the United States. It's also why the U.S. government attempts to work with tech companies such as AT&T, Verizon, Apple and Facebook to counter terrorist groups, criminal organizations and foreign espionage. The extent of this cooperation, including the use of built-in "back doors," is intensely controversial in the United States given the separation between the public and private sectors and the strength of privacy laws and regulations. Apple's refusal to unlock the iPhone of one of the shooters in the 2015 San Bernardino, California, attack demonstrates the limits of this cooperation, even in cases of domestic terrorism.

While Huawei and China aren't the only threats to data privacy, the scale of the company's global expansion combined with U.S. fears that China will exploit backdoors in its technology have raised its prominence in the U.S.-Chinese global competition. In Africa, the expansion of Huawei 5G networks developed in close cooperation with home governments could give authorities unlimited access to data, communications and other information stored on and transmitted through these networks. Governments that own and operate various forms of infrastructure — highways, ports or 5G mobile networks — that multinational corporations, local businesses and individuals rely on can abuse that access. And political opponents, companies, travelers and other nongovernmental organizations (NGOs) could become targets.

In light of the potential risks, organizations and individuals in these countries should study the national government, its political leanings, its technological capabilities and its willingness to exploit its network access. Governments with high levels of corruption and weak institutional checks and balances are more likely to ignore privacy concerns and co-opt technology and partners in the private sector. This could allow them to conduct industrial espionage against multinational corporations or harass NGOs that point out government abuses, failures or shortcomings.

Organizations and individuals should understand that the risks are in both the cyber and physical domains. Using encrypted messaging services can help mitigate them, and satellite communications can provide an expensive backstop for truly sensitive communications. This may not eliminate the risk, because if the country's internet backbone is entirely dependent on a single technology, the options for interception are endless. Travelers should also remember to travel with as little sensitive data as possible.

Huawei May Be Helping Governments in Africa Boost Their Power to Spy is republished with the permission of Stratfor Worldview, a geopolitical intelligence and advisory firm.