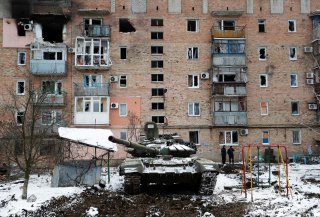 A humanitarian crisis continues to unfold in Ukraine amidst Russia’s invasion of its neighbor. Civilians around Ukraine face the threat of violence and difficulty in acquiring food, heating their homes, and providing other basic necessities.

Many more have been injured. That includes dozens of children among the casualties.

“The Committee on the Rights of the Child is deeply disturbed by the fact that grave violations of children’s rights in Ukraine are being committed by the Russian Federation’s aggression and military attack in Ukraine, in violation of the Charter of the United Nations,” the UN Child Rights Committee said in a statement on March 4. “According to the Office of High Commissioner for Human Rights, between 4am on 24 February and midnight on 3 March, the deaths of at least 19 children and injuries of 31 children were recorded. Children will suffer from profound, long-lasting physical, psychological, emotional and traumatic consequences.”

One humanitarian effort focused on saving children in Ukraine is called Kidsave.

An update from Kidsave on March 15 said that it has moved 4,035 people out of combat zones, most of whom are children. Kidsave drivers have also delivered humanitarian supplies to hospitals and rehab centers.

“Kidsave’s team and volunteers on the ground have been making 1,200-mile trips back and forth, traveling in dangerous conditions through Mykolaiv, Kherson, New Odesa, Ismail, and more cities, for days at a time,” a press release said. “Kidsave has delivered people to the borders of Poland, Moldova, Slovakia, the Czech Republic, and Germany.”

Attacks on children and other civilians, along with the massive devastation caused to Ukraine in Russian strikes, have led the International Court of Justice to issue an order for Russia to immediately “suspend” the military operations due to the Crime of Genocide, according to a statement from the U.S. Department of State.

“The International Court of Justice today issued a significant ruling in Ukraine’s case against the Russian Federation under the Convention on the Prevention and Punishment of the Crime of Genocide,” the statement said. “The ruling clearly and unequivocally ordered Russia to immediately suspend the military operations Russia commenced last month and further directed Russia to ensure that anyone subject to its direction, including military or irregular armed units, take no steps in furtherance of such military operations.”