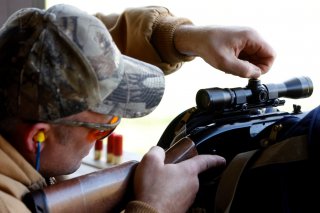 The ammo shortage has continued into its second year, and it’s especially being felt in parts of the country where hunting is a big part of the culture.

One of those places is northern Minnesota, which made the news again this week, this time in reporting published by Pine Journal and Duluth News Tribune.

The piece noted that the ammo shortage has now continued into a second hunting season.

“The great American hunting ammunition shortage that started during the early months of pandemic in 2020 is showing no signs of letting up, and hunters who don’t have ammo for their favorite deer rifle by now may be out of luck for the upcoming season.”

The publication took a survey of physical and online sporting goods stores, and found “almost no popular loads in 12-gauge shotgun shells or .30-caliber rifle cartridges, either for birds or big game.”

“We have 8 million new gun owners now that we didn’t have before the pandemic and they all need ammunition. There’s just been this huge increase in demand while the supply has been really slow to catch up because of the pandemic,” Pat Kukull, owner of Superior Shooters Supply in Superior, Wisconsin, told the newspaper.

Kukull added that many businesses, including her own, cannot get as many cases as ammo as they’re usually able to.

“I’m the ammo Nazi right now. No one is getting more than one box, maybe two,”  she said.

The piece attributed the ammo shortage to several factors, including the bankruptcy of Remington Arms, which knocked capacity offline for several months in 2020, until it later came back online.

“We continue to produce and ship hunting ammunition for deer, waterfowl, and upland game birds every day,’’ Jason Nash, Federal’s vice president of marketing, told the publication. “Like many other companies during the pandemic we face some supply chain hurdles but have increased our production overall and are committed to providing ammo to our customers for the hunting season.”

Jason Vanderbrink, president of several divisions of manufacturer Vista, even made a video last December attempting to dispel conspiracy theories that the industry is hoarding or otherwise suppressing the supply of ammunition.

“I’ve gotta say, I’m tired of all the hate mail, I’m tired of people showing up at our factories, and I’m tired of reading all the information out on the Internet right now about us not trying to service the demand that we’re experiencing,” Vanderbrink, the president of the Federal, CCI, Speer And Remington brands, said in the video, also denying rumors that the company is operating “secret warehouses” where some other type of production is going on.