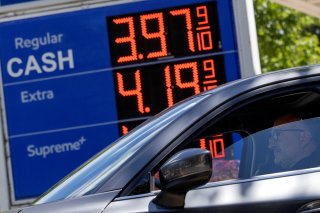 After rising steadily for much of 2021, gas prices in the U.S. inched downward in the early part of September, as is typical most years as the fall season gets underway.

However, in the last week, gas prices went in the opposite direction, rising by 1.3 cents per gallon to  $3.18 per gallon, according to GasBuddy.

“Gas prices have been stuck in somewhat of a limbo and remain near 2021 highs long after Hurricane Ida has dissipated. The damage done to oil production has been left behind and so far has prevented prices from resuming their seasonal decline,” Patrick De Haan, head of petroleum analysis for GasBuddy, said in a blog post this week. Demand did, however, drop for the fifth straight week.

“Ida caused the loss of over 30 million barrels of oil production in the Gulf of Mexico, and with gasoline demand remaining relatively high for the season, oil inventories remain relatively tight, preventing any organized decline in gas prices for the time being. As a result, we may have to wait a couple more weeks until hurricane season slows for oil inventories to start to rise and gas prices to fall.”

“Oil was trading lower with the Dow poised to drop nearly 600 points on the open Monday as Asia stocks saw a large selloff on fears of economic slowdown, and an upcoming Fed meeting that could feature a shift in policy, with the Fed potentially on the cusp of slowing monetary stimulus as inflation surges,” GasBuddy said. ‘In addition, Covid cases continue to surge as cooler weather returns and the possibility of a Federal shutdown lingers.”

In a report also released Monday, The American Automobile Association (AAA) reported a slightly higher number, stating that the average price had risen to $3.19 a gallon. The organization attributed the gain to a slowing of refinery activity following recent hurricanes that have affected the Gulf region and brought nearly a quarter of production offline.

“Hurricane Nicholas complicated and slowed the recovery from Ida, but the seasonal drop-off in demand helped mitigate price increases on the week,” Andrew Gross, AAA’s spokesperson, said in the release. “We aren’t in the clear yet, though. We are only at the mid-point for hurricane season, and it has been an active one so far, with 17 named storms already. Motorists can expect price fluctuations into October.”

Per AAA, prices rose by eleven cents in Ohio, by ten cents in Florida, by seven cents in Illinois and Indiana, by six cents in Delaware, and by five cents in West Virginia and Washington, D.C.

Both reports noted that gas prices are nearly $1 lower than they were a year ago when the pandemic caused demand for gasoline to collapse and brought prices way down.