With Hypersonic Missiles, Israel's F-35s Are Upping The Ante In Syria 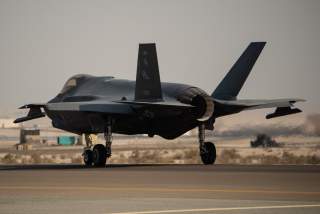 The new missile was announced on June 11, 2018 in a press release by two leading Israeli defense firms, Israeli Military Industries Systems (IMI Systems) and Israel Aerospace Industries, which jointly developed the missile. The so-called Rampage missile is a precision-guided air-launched stand-off missile with a range of about 90 miles (145 kilometers). With a length of 4.7 meters, the Rampage weighs 570 kilograms. According to press reports, it will carry a warhead of around 150 kilograms.

Zachary Keck (@ZacharyKeck) is a former managing editor of the National Interest. This first appeared last year and is being republished due to reader interest.