I’m a Millennial. And No, My Generation Doesn’t Have It Worse Than Others. 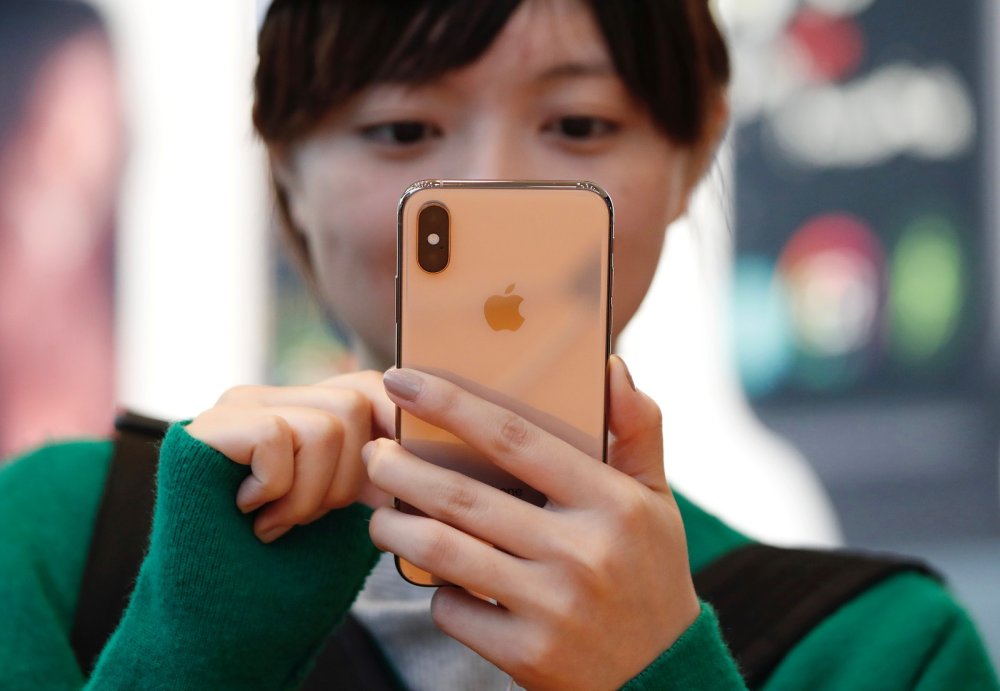 Have American millennials only known hardship? That seems to be the takeaway from a recent Wall Street Journal article.

The report highlighted how millennials, some of whom are now reaching middle age, lag far behind previous generations in terms of financial security.

“American millennials are approaching middle age in worse financial shape than every living generation ahead of them, lagging behind baby boomers and Generation X despite a decade of economic growth and falling unemployment,” read the article.

The piece highlighted a number of factors hurting millennials, such as the financial crisis of 2007, delayed homeownership, and mounting student debt, with little professional payoff for many.

At the same time, key sources of wealth like property value and the stock market continue to help older Americans, who are also beginning to receive government entitlements like Social Security.

This creates a relatively bleak picture for millennials, who are soon expected to become the nation’s largest generation. But it’s also not cause to get carried away, like Time reporter Charlotte Alter. In a tweet last March, she suggestedthat millennials have never experienced the blessings of prosperity:

“[email protected] and I were born the same year. She was a Dunkaroos kid—I liked fruit roll-ups. People our age have never experienced American prosperity in our adult lives—which is why so many millennials are embracing Democratic socialism.”

It’s interesting that these concerns from millennials coincide with new data from Gallup, which shows that 4 in 10 Americans support socialism. According to the poll, the youngest cohort of voting-age Americans—ages 18-24—showed by far the most support for socialism at 58%. This was 18 points higher than the next age group of 35- to 54-year-olds, and 22 points higher than the 55 and up age range.

However, these overall numbers on socialism appear to be skewed by the fact that respondents also generally choose free-market solutions over government ones on specific issues. Those issues include technological innovation, wages, and even the distribution of wealth, which has everything to do with socialism.

Respondents also tend to define socialism in very different ways. According to the report, some associate it with social equality, while others hold the more traditional definition of government controlling the means of production.

There Are No Magic Pills

Is millennial dysfunction—and a lack of historical perspective—leading many to adopt radical ideas as a magic pill to solve all of our problems?

Despite the confusion over how Americans define “socialism,” the ideology is nevertheless a serious threat to our future.

Ricardo Pita, a former Heritage Foundation intern who grew up in Venezuela and witnessed its transition to socialism, explained how socialist policies drove his country into the ground a decade after he left to come to America.

“What we try to tell others, having lived under a socialist regime, is that they sell it as a gamble; it’s a gimmick,” Pita said. “They will tell you this nebulous word of socialism, they promise you the moon, and then it never comes around.”

“It’s not worth the gamble; [socialism] only works for those in charge of implementing it,” he said. “There is no more corrosive form to disintegrate the fabric of a nation than socialist policies.”

Socialism offers no panacea for what ails us, no future that will be rosier than any dysfunction we currently face.

It’s important, therefore, to put our current problems in perspective.

Do Millennials Have It So Bad?

David Harsanyi of The Federalist poured cold water on this notion that millennials have it so, so much harder than previous generations.

He explained how some of millennials’ financial hardships can be attributed to their own spending and lifestyle choices, rather than the cruel fate of an economy in turmoil.

“As a group, they are prone to choose short-term happiness and independence over long-term wealth accumulation,” Harsanyi wrote. “Now, maybe millennials are leading more fulfilling lives than their parents and grandparents, and maybe not. Comparing themselves economically to generations that embraced a different set of priorities at the same age, and then wondering why the results are different, however, is disingenuous.”

A quick review of even recent history should tell us that we don’t really have it so bad.

Our grandparents faced not only the Great Depression, which far surpassed the 2007 financial crisis in depth and scope, but then had to turn around and fight the greatest war in human history at the end of it.

And that, historically speaking, is recent. The tribulations earlier generations faced, and the financial hardship they endured, are barely possible for us to imagine.

Even among setbacks and dislocations, the economic history of the United States in the past century has been one of remarkable success.

Perhaps because we are Americans, we expect that to continue, and we should.

We may have to make adjustments and trade-offs in our own lives to make sure our success and that of future generations continues. We will need to rethink the institutions and policies that have hampered our growth and threatened our future.

For instance, how much has public and personal debt impeded our national well-being? Americans were once proud that we, alone among advanced nations, paid off our national debt in 1835. How far we have come since that time. “A penny saved is a penny earned” has been replaced by the arrogant idea that endless borrowing is our birthright.

Near-term and long-term fiscal challenges for millennials may be a reality for many, but that doesn’t mean we can’t do something to positively change our trajectory.

To address the expense of housing, we can target regulations that have madethe cost of living skyrocket. We can encourage a cultural shift on the institution of marriage, which has been a boon, not a drag on financial security. And we certainly need to address one of the biggest drivers of fiscal difficulty for young Americans: student debt.

The left thinks that the key to solving the student debt problem, for instance, is to simply bail out students en masse and make college free for everyone.

But this is the wrong way to go about changing the system. It is almost perverse to expect American taxpayers—many of whom never got or were able to get a four-year degree—to essentially pay to bail out students, and more specifically, our colleges and universities.

Not only are our schools often churning out students with degrees of little practical utility, but worse, they are operating as simple indoctrination centers that radicalize students with left-wing ideas.

Lindsey Burke, an education expert at The Heritage Foundation, explained very clearly how we can address this problem without relying on the government expansion that turned it into a crisis to begin with:

Subsidizing the already-dysfunctional student loan system is not the solution. If we want to get serious about addressing the student loan issue, we must pursue structural changes to accreditation, along with innovation in financing through options like income share agreements. Making sure colleges have some ‘skin in the game‘ also holds promise.

The bottom line is that the challenges millennials face are serious, but not insurmountable. Despite struggles in the job market, which is quickly transforming, young Americans still benefit from the enormous advantages in wealth and prosperity that this nation has built over generations.

Imagine how hard it was for the average American in the founding generation, where war came to American soil and our budding nation’s existence was nearly snuffed out before it began. Imagine the tribulations of those who moved to and settled on the frontier, who had little security and no guarantee that they would thrive or survive. Imagine adjusting to the transition from an agricultural to an industrial economy, where those who’d grown up with nothing but rural farm life had to move to cities and work in factories.

Every generation has its own challenges to face. Millennials had the great fortune of growing up at the “end of history,” when the existential threat of the Soviet Union ceased to exist and our nation became the unquestioned world superpower.

Instead of turning to radical schemes like socialism, which fixes nothing and leaves only more suffering and new tyrannies in its wake, perhaps we should embrace an old way of looking to our future—one rooted in the grounded optimism of a can-do nation that has always found ways to meet its difficulties and transcend them.