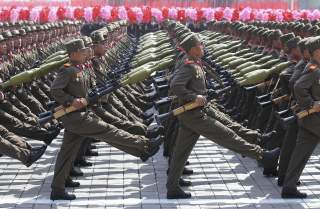 Key Point: A war has broken out on my living room table. The battlefield is the Korean peninsula; the time is tomorrow. Seven days into the war both sides have already taken frightful losses and the defenders have been pushed back. The South Korean capital of Seoul is already under siege and the fortified Demilitarized Zone is buckling under hammer blows from the North Korean People’s Army.