I Live in New York City: All the Reasons You Might Hate It 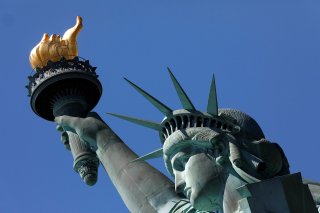 Living in New York City can be a magnificent experience.  The cuisine is unbelievably top-notch.  The music scene is diverse and fulsome.  Comedy clubs are a dime a dozen.  And if you’re into shopping, there is no better place on the East Coast than strolling down Fifth Avenue or spending a day in SoHo.  You might even run into a few celebrities by just walking down the street; two months ago, I randomly strolled by actor Damien Lewis, the co-star of Showtime’s Billions.

But it’s not all glitz and glamor in New York.  While commonly cited in popular lore as the greatest city in the world, the Big Apple can wear you down, chew you up, and spit you out.

New York’s public transportation system is notoriously awful. The Metropolitan Transportation Authority, responsible for administering the city’s buses, trains, and subway cars, is a complete mess despite boasting a $17 billion annual operations budget. Subway cars break down all too often, oftentimes when passengers are in the middle of a dark tunnel. Waiting for the subway to actually show up can be a chore; for those unfortunate enough to live in the trendy Williamsburg neighborhood of Brooklyn, wait times can last as long as 20 minutes a pop. For those of us who live in Astoria, Queens, whole weekends can pass by without any subway service at all. The MTA claims "track maintenance" or “subway reconstruction” as the reason for the systemic inconvenience, but many New Yorkers assume this is just an excuse for overall bad service.

2. The cost of living is way too high:

The Economist Intelligence Unit ranks New York as the most expensive city in the United States and the 7th most expensive in the world. The publication would be right.

Everything in New York costs more money than it should.  A small, dark, and depressing studio apartment in Greenwich Village can easily be $2,500-$3,000 a month (no furniture or utilities included of course).  Friends of mine live with two or three roommates because they simply can’t afford to stay in their apartments otherwise.

A normal cup of coffee will set you back $4, and if you’re in the mood for a cappuccino, then be prepared to shell out $7 or $8.

Entertainment isn’t cheap either. For somebody like myself who enjoys a good Jazz concert now and then, a $100 dollar ticket will get you a wobbly, backseat table at a club in the West Village.

And, as you guessed, in New York, there is no such thing as a cheap date.

New York City Mayor Bill de Blasio may have been re-elected to a second term in December 2017 by a blowout margin, but that doesn’t necessarily mean the man is popular or even a particularly great city administrator.

The career politician claims to be the messenger of the working man and woman, but he comes across as an elitist trapped in his own bubble of black-SUV’s and cocktail parties. That extent of de Blasio’s delusion was captured in his decision to throw his hat in the ring for the 2020 Democratic presidential nomination, despite some of his own political allies saying it was a stupid and counterproductive idea with zero chance of success.

The mayor is not an especially great communicator and rubs pretty much everybody the wrong way, from the NYPD to his former aides. While the homeless problem in New York has decreased for the last two years, it reached a high under his watch.  The city’s streets can be strewn with trash; in some neighborhoods, it’s tough to distinguish the year 2019 with the bad old days of the late 1970’s and early 1980’s, when New York was in desperate financial trouble and some districts were characterized by abandoned buildings, unkempt lawns, and “keep out” signs. This is not de Blasio’s fault entirely, but as the city’s chief executive, the responsibility ultimately lies on his shoulders.  As of April 2019, African Americans were the only demographic to give de Blasio high marks for job performance.

So many people in New York are doing so many things at any given time that it’s easy to be swept up in the chaos and lose sight of yourself and your fellow man.  New Yorkers, in general, are not rude. If an elderly person is having trouble crossing the street or a parent with two children is struggling with their bags, there is a good chance that a stranger will help out. There are plenty of good samaritans to go around.

The problem is that if an individual is not careful, big cities like New York can grind you down into an extreme form of tunnel vision.  Going from Point A to Point B can quickly turn into the be-all-and-end-all of one’s existence.  It’s incredibly simple to concentrate on your own life exclusively while casting others aside as unimportant, irrelevant, or not worth the time. A general malaise clouds the island of Manhattan, and anti-social behavior is typically the result.

Yes, New Yorkers shouldn’t complain about tourists. Out-of-towners are a huge source of income for New York City.  In 2017 alone, tourism generated $44.2 billion in spending and $12.1 billion in tax revenue.

But as helpful as they are to New York City’s pocketbook, tourists can also be completely oblivious to what goes on around them.  They don’t understand the unwritten rules of New York, like fumbling for your mentor card before you walk up to the turnstiles or waiting for a giant crowd to pass by before taking pictures in the middle of the cross-walk. This may not seem like a big deal, but for New Yorkers trying to get somewhere a million miles a minute, a single wayward tourist can increase the blood pressure in a city that could use lower numbers on the stress meter.