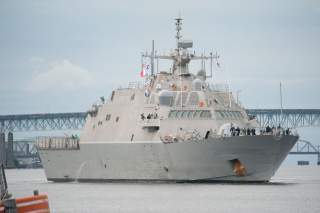 Key Point: Simulations are useful for seeing how a war might unfold, and it turns out China's navy just keeps getting better.

It’s a gamble because Littoral Combat Ships are not well-protected against anti-ship missiles, having only their 57-millimeter guns and Rolling Airframe missile launcher mounts. I believe Qinzhou is out of anti-ship missiles. Changde might still have all of her missiles, but she’s also taken serious damage trading shots with Emilio Jacinto.