I Study Media for a Living. Why Is the Mafia Being Glorified? 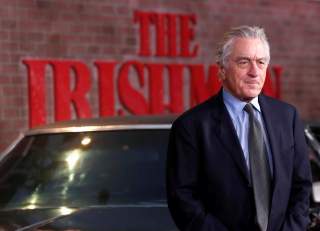 For almost a century, American filmmakers have glamorized the Mafia, depicting their ranks as so charismatic and quick-witted that you might want to invite them over for dinner.

Audiences saw this most recently in “The Irishman,” which reunites a star cast of the usual suspects – Robert De Niro, Al Pacino and Joe Pesci – but also in “The Sopranos” and “Boardwalk Empire.”

The Mafia’s glamorized sheen in America’s collective conscience might be due to the fact that the Mafia never attained much power in the U.S. Compared with Italy, fewer lives have been lost and fewer businesses destroyed by the organized crime syndicate. Today many see the Mafia as a relic of the past.

Not so in Italy, where mafias remain as powerful and dangerous as ever. Their menace has been reflected in Italian films and television series, which have long cast mobsters in a negative light.

But as someone who studies media depictions of the Mafia, I’ve noticed a shift: Italian films and TV shows have started to glorify criminality, crafting and portraying mafiosos as alluring antiheroes.

In Italy, a break from tradition

It’s long been common practice in Hollywood to cast conventionally attractive actors as sympathetic criminal antiheroes. Humphrey Bogart in “King of the Underworld,” Al Pacino in “The Godfather” trilogy and Denzel Washington in “American Gangster” are just a few examples.

However, this practice is a relatively new phenomenon in Italy.

In Italian films from the 1960s and 1970s, Italian gangsters were depicted as shady and charmless.

In the popular Italian Mafia biopics of the 1990s and 2000s, which included titles like “One Hundred Steps” and “Placido Rizzotto,” they appeared as vicious, repulsive villains.

But that started to change in the 21st century. In 2005, director Michele Placido released “Romanzo Criminale,” a film about the Roman Mafia that featured a cast of young, attractive mobsters.

Marco Bellocchio’s most recent film, “The Traitor,” epitomizes this trend. Set to be released in the U.S. on Jan. 31, it was also Italy’s submission for Best International Feature Film in the Academy Awards.

At its center is an ex-mobster named Tommaso Buscetta, played by the attractive Pierfrancesco Favino, sometimes known as “the Italian George Clooney.”

The film tells the true story of Buscetta, who shared vital information about the inner workings of the Mafia with Italian authorities in the early 1980s. His revelations sparked the “maxi trials,” which ended in 1987 and led to 342 convictions.

Buscetta, however, is viewed with suspicion by many Italians. To this day, his motivations for turning over evidence to the state are cloaked in mystery. In Italy, he’s hardly viewed as an ambassador for the anti-Mafia cause. Nonetheless, “The Traitor” turns him into an alluring antihero.

For these reasons, some Italians weren’t happy about this portrayal. It also didn’t help that the film was released on the anniversary of a Mafia rampage that killed an anti-Mafia prosecutor, his wife and their bodyguard.

These films and series are popular inside and outside of Italy; “Gomorrah,” for example, is distributed in over 190 countries.

Within Italy, however, protests against these films and series are commonplace. Many Italians are uncomfortable with the way they depict organized crime with characters who are charming and easy to like. Some of the loudest objections come from people who have lost loved ones to the Mafia.

For example, the mayor of Naples claimed that “Gomorrah” corrodes “the brains, minds and hearts of hundreds of young people,” while one judge accused the series’ creators of “excessively humanizing crime.”

However, the success of American TV series like “The Sopranos” conveyed an important lesson to Italian writers and producers: You don’t have to be a good guy to captivate audiences outside of Italy. So for the last 15 years, Italian film and television producers have become famous by presenting organized crime in ways that are an anathema for many Italians but find eager viewers around the world.

Dana Renga, Associate Professor of Italian Studies and Film, The Ohio State University. This article is republished from The Conversation under a Creative Commons license. Read the original article.