I Watched My Uighur Friends Disappear 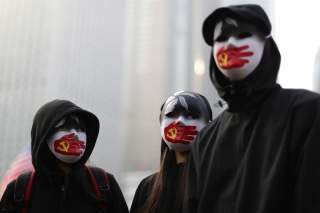 Recently leaked Chinese government documents reveal how local officials targeted Muslim minorities in China. Satellite images show that many of them have been held in detention camps across the vast Uighur homeland in northwest China.

China is home to 10 different Muslim minority groups. The Kazakhs and Uighurs are two groups that have been targets of the Chinese government.

Beijing claims that their actions provide re-education, create stability and prevent terrorist attacks. But China’s actions have been condemned internationally and the country accused of repressing of human rights of its Muslim minorities.

In total, the vast network of camps hold 1 to 3 million Uighurs and Kazakhs who were sent there without trial.

A range of behaviors – such as praying, getting married in a traditional ceremony and growing beards – can make the Chinese government suspicious over what it labels “religious extremism.”

Simply having a family member in an internment camp can be a reason for detention.

I began my doctoral dissertation research in 2014 in the capital city of the Uighur homeland, Urumqi, and lived there for 24 months.

Urumqi is a large, diverse city of more than 3 million people. In addition to being the home of Muslim ethnic minorities such as the Uighurs, the city is also home to Han Chinese residents. I interviewed 66 Han Chinese and 98 Uighur people during my stay.

I saw the early years of the surveillance in Urumqi and by February 2017 some of my Uighur neighbors started to disappear.

Chinese law requires rural migrants to all Chinese cities to register at the local police station for city resident permits. However, those born in the city or homeowners do not have to register.

Each and every home was under the combined jurisdiction of a “neighborhood committee” and local police station. The neighborhood committees are the lowest administrative level of the government and legacies of Mao-era organization, when they were used for social security benefits as well as surveillance.

As a foreigner in Urumqi, I was classified as a “migrant minority” and had to abide by government requirements when registering for my city resident permit. The following observations are based on official policy instructional documents given to me during my stay from 2014 to 2017.

I lived in a Uighur-majority district, called Tianshan Qu in Chinese. For Uighur migrants living in this district, each application for a city resident permit required several layers of permission.

According to my fieldwork findings, the permit application required migrant Uighurs to bring the following documents to their neighborhood police chief: household registration card from their village and their ID card.

The application also required other official documentation, such as a marriage license, children’s vaccination cards, apartment lease, proof of employment and background check clearances, and a required meeting with the landlord.

Additional letters of permission and signatures had to be obtained from people in different offices of police and government agencies. Signature and fingerprint from a “guarantor” that agreed to take responsibility for any crimes committed by the applicant, were also required.

Uighur migrants had to re-apply every six months.

Han Chinese migrants living in Urumqi also had to register for city resident permits, but the requirements for them were more relaxed: The process required only their ID card. It did not require multiple background checks and signatures.

According to the instructional documents given to me during my fieldwork, this discrepancy was an official policy: All minorities, except Han, had to abide by this process neighborhood committee officials in Urumqi told me. Their reason was that some Uighurs were suspected to be terrorists.

As scholar Darren Byler points out, in Xinjiang people were “segmented,” not just by family but by “ethnicity and work units.” They were also “bifurcated by urban or rural legal residency status.”

The application requirements made it very difficult for poor, rural migrant Uighurs.

The information from the city resident permit applications was recorded into a computer and created a detailed database.

Regular home inspections were carried out by the neighborhood committees, primarily to ensure migrant Uighurs complied with registration requirements. They had been occurring on a regular basis since 2014.

I experienced one such raid when I was visiting a friend. While the official did not question my friend when she said there were three members in her family, instead of six, he left her with strict instructions to report if anything changed.

Uighur residents were kept under tight surveillance, yet they mistrusted the government and many managed to avoid the authorities as much as possible in small forms of quiet opposition, such as not complying with registration requirements or hiding during inspections.

Other scholars have confirmed such observations. As an anthropologist at the University of Washington, Darren Byler found that, in looking for unregistered occupants, the police “looked in closets and under beds.” He also found that the police would “vary the timing of inspection to make sure that the occupants would be unprepared.”

The detentions, as reported by The New York Times, began in early 2017.

As the year 2017 progressed, Uighur migrant friends began to tell me, in whispers or coded text messages, that they had to go back home and they could no longer contact me. I never heard from many of them again. For those that stayed in the city, I frequently heard stories about friends’ relatives being taken in the middle of the night.

Nobody knew where they were kept, how long they would be gone, or why they had disappeared. Religious practices started to change. For example, during my fieldwork from 2014 to 2016, I witnessed people who prayed, fasted and wore headscarves openly.

Beginning in early 2017, however, the authorities began detaining Uighurs for any sign of religious activity in Urumqi.

As Uighur scholar Jo Smith Finley explains that when a state puts a label of “religious extremism,” on a group of people, all religious behavior becomes suspect. Finley points to the “extreme forms of religious policing in rural Xinjiang.” She writes about “sweep-and-search operations” in Uighur homes “violating” private Uighur spaces.

Uighurs censored their speech. By spring 2017, I stopped hearing people openly give thanks to Allah, the Arabic word for God, after meals. Even saying the words “Ramadan fasting” became taboo.

From February to October 2017, the government changed the rules that affected Uigher people’s social lives. For example, in a culture where asking guests to stay overnight was once common, police first began requiring overnight guests to register their stay. Then they said only daytime visitors were allowed to visit Uighur homes. Two weeks later, police prohibited Uighurs from having guests at all.

In 2017, housing restrictions on Uighurs were increased.

In March 2017, Uighur newcomers to the city were not allowed to rent homes in the city, forcing many Uighurs to return to the countryside. By June 2017, according to my fieldwork and interviews in Urumqi with Han and Uighur residents, all Uighurs – regardless of migration or registration status – were prohibited from renting homes in Urumqi.

The streets emptied of the usual markets and Uighur people.

I witnessed many Uighur shops being demolished with bulldozers in April and May of 2017.

I left China in October 2017. Currently, according to conservative estimates at least 10% of Uighurs are detained in camps.

I’m not in contact with any of my Uighur friends because contacting a foreigner would be grounds for detainment. I don’t know how many of them are in detention camps. One Uighur friend told me in 2017, “We are all just waiting for the knock on our door.”