If China and America Went to War, Who Would Win? (Would Either?) 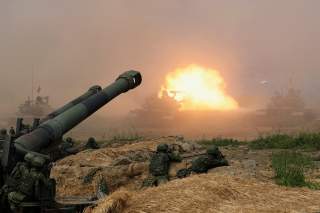 America's massive military spending reflects its technology-oriented approach to warfare, a paradigm which seeks to send a drone or guided missile in place of a man (or woman) whenever possible—especially as every friendly casualty may result in a political firestorm. Therefore, the Pentagon prefers to develop comprehensive intelligence and communication capabilities to direct a few weapons systems with a high degree of precision. ​