If the U.S. Military Can’t Solve Afghanistan, Biden Should Withdraw 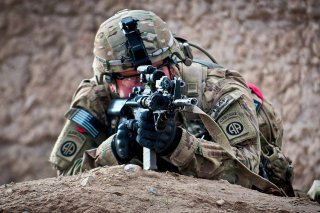 The Biden team is considering putting a pause on Trump’s withdrawal of U.S. forces from America’s longest war in response to Taliban failures to meet the terms of their agreement with the former president. Whether or not the Taliban has met its end of the bargain, a new administration gives the United States the opportunity to reevaluate its position and the value of continued blood and treasure spent on Afghanistan. Given that Afghan insurgents have managed to keep pace in tactical and technological adaptation with U.S. forces, and given that the United States’ reputation has been tarnished by the war, a clear-eyed review of the dynamics of this war would justify unconditional withdrawal.

Economists and political scientists have been modeling reactions between warring parties for decades, and more recently others and I have written on these reactions in the context of the War on Terror. Troops surges and better weapons technologies have at times helped reduce violence, but they’ve never eliminated it. The increased violence Coalition forces have applied to Afghan insurgents hasn’t made them disappear so much as it has made them adapt. They’ve managed to keep up with Coalition innovations by changing tactics and tinkering with their most successful weapon, the improvised explosive device.

This innovative back and forth between belligerents has gone on, uninterrupted, for two decades. The question the Biden team, and voters, have to ask is: Will delaying withdrawal change anything about this process? Would another round of troop surge succeed in changing this process when previous troop surges failed to do so? If the answer to these questions is no, then we must conclude that re-engagement in Afghanistan can only get us a few more years of hopefully lower levels of violence before commitment wanes again. If the extra investment only eventually puts us right back here, then let sunk costs be sunk.

Part of the pushback against this conclusion is that admitting defeat and withdrawing makes the United States look weak on the international stage, and that weakness may embolden other adversaries to challenge the United States and its allies where the stakes are low enough to avoid an overwhelming U.S. response. It may well. A basic understanding of game theory tells us that a country’s reputation is a valuable tool and that it may be worth incurring high costs, such as decades spent fighting insurgents far from our shores, to deter a multitude of adversaries from even low-cost operations against us. Maintaining, or even increasing, troop levels in Afghanistan may be necessary to scare off other nations from harboring terrorists for fear of sparking their own protracted war with the United States.

This was the very reasoning behind the U.S. commitment to Vietnam long after our political and military leaders knew that that war was lost. Putting up a good fight regardless of inevitably losing, they argued, was necessary for maintaining America’s reputation abroad. A reputation like this, however, is a double-edged sword. It discourages some belligerents but encourages others who know how to use that reputation to force the United States into wasting resources. Maintaining our reputation in Afghanistan has so far cost the United States over $2 trillion and 2,300 military dead, with another 20,660 wounded. Bankrupting the United States through a protracted war was Osama bin Laden’s express goal for the war in Afghanistan, but for his plan to work it required the willing participation of his enemy.

Garrett Wood is an assistant professor of economics at Virginia Wesleyan University and a veteran of the U.S. Navy. He attained his Master's degree in defense and strategic studies from the Naval War College and his Ph.D. in economics from George Mason University. He publishes on subjects at the intersection of defense and economics such as the availability of substitutes in improvised explosive devices and crowdfunding in grassroots resistance movements.